Devs ask for more time to do the job right, meaning July 2017 instead of next week as first planned 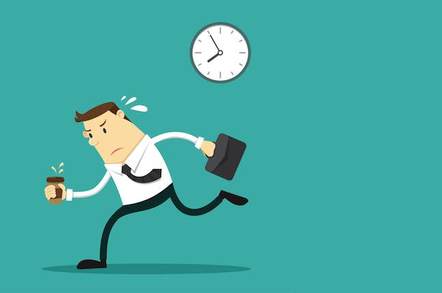 The chief architect of Oracle's Java Platform Group, Mark Reinhold, took to the Java developer's mailing list to say that while work on JDK 9 is coming along nicely “We are not, unfortunately, where we need to be relative to the current schedule.”

The hard part of JDK 9 is “Project Jigsaw”, an effort to “design and implement a standard module system for the Java SE Platform, and to apply that system to the Platform itself and to the JDK.” Reinhold says “it's clear that Jigsaw needs more time.”

“We recently received critical feedback that motivated a redesign of the module system's package-export feature, without which we'd have failed to achieve one of our main goals," he added. "There are, beyond that, still many open design issues, which will take time to work through.”

He also writes that “the number of open bugs that are new in JDK 9 is quite a bit larger than it was at this point in JDK 8.”

The thread following Reinhold's proposal is positive: developers approve the idea of quality over speed.

A big day for Java, then, what with today also seeing Oracle signal its willingness to hand the NetBeans IDE to the Apache Foundation.

But also a day on which it is hard to suggest Oracle is backing away from the technology: by finding ways to get more people working on a key development tool, and committing to quality over speed, Big Red seems to be trying to make sure Java's around for the long haul. ®