Did you know iOS 10, macOS Sierra has a problem with crappy VPNs? You do now

Don't blame Apple this time, it tried to warn you 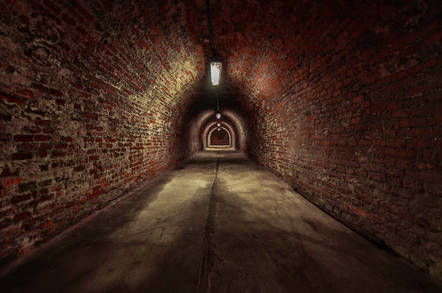 Time to close up your old PPTP VPN tunnels

With Apple's iOS 10 and macOS Sierra beta now out in the wild, one important non-feature of the OS is giving some network admins headaches.

The latest version of the iPhone/iPad/Mac operating system, released ahead of the iPhone 7 launch, removes support for point-to-point tunneling protocol (PPTP) connections. This means that VPN setups using PPTP will no longer work with devices and computers running iOS 10 and macOS Sierra.

While PPTP is by and large considered outdated, sucky and insecure, the protocol is still used by some organizations and VPN providers, leaving unlucky folks unable to connect with their Apple devices and computers.

In this case, it's tough to pin too much of the blame on Apple. The Cupertino giant has been warning users about the end of PPTP support for weeks.

Back in July, a notice posted in the Apple Support portal advised administrators that both iOS 10 and macOS Sierra would be dropping support.

Warning from my uni because they use an outdated VPN 🤔🙄 @SwiftOnSecurity pic.twitter.com/M96XswwUDv

Work says we shouldn't upgrade to iOS 10 because they haven't optimized our email + VPN apps yet. Guess who's gonna do without both until. 🙃

Microsoft has also noted the issue in a post it made to the blog for its Intune Mobile Device Management (MDM) software.

The update notes that, while Intune has been tested to work with iOS 10, administrators should make sure that any third-party apps they push to client devices with Intune are tested and verified to run with the new firmware.

Microsoft also notes, and warns, that any PPTP profiles installed and managed with Intune will be removed by iOS 10 and will no longer work.

For those who either did not see or did not heed those warnings, this will be little consolation. If nothing else, however, it will help companies shift their VPN networks to newer, more secure connection methods. ®