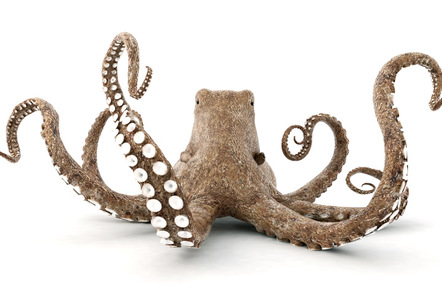 Google: The octopus that slurps everything of yours it can find

What’s curious is that the American state seems almost as keen on the unfettered collection and use of location data as Google itself.

Phones incorporated GPS silicon long before the iPhone launched – by 2007 it was a standard feature of Nokia’s mid- and high-end S60 devices. Curiously, the original “Jesus Phone” launched in 2007 with Google Maps installed – but without GPS. GPS was one of the original missing features, along with MMS and video recording.

We’ve generally been aware that smartphones track us. Concerns first surfaced in April 2011, when an app illustrating the iPhone’s location record made it easy to see.

What’s changed is that the collection and use of this location data now appears to us to be much more aggressive. Google simply doesn’t care about being discreet any more. It doesn’t care that users might think it is creepy. But the historical records show that Google always was pretty hardcore about location data.

Never more so than in April 2010, when it emerged that Google had halted Motorola’s production lines on the insistence that Motorola used Google’s location service, rather than SkyHook’s service. It was a nuclear intervention: work on some 40 models was jeopardised. Motorola capitulated. So, too, did Samsung. Both companies had signed deals with SkyHook.

SkyHook had originally come up with the idea of wardriving (as it was then called), and building up a global Wi-Fi location database from the Wi-Fi hotspots. Google took out an evaluation licence from SkyHook in 2005, figured out how it worked, and then allegedly copied it. SkyHook sued for IP theft in 2010 and finally settled the case for $90m in 2015. The company was taken over by TruePosition, a Liberty Media subsidiary, in 2014.

Larry Page fumed. Why would he think SkyHook’s service, as used by Motorola, was “contaminating” Google’s data collection but Google’s data was “clean”? Answers on a postcard please.

Another wrinkle in the Matrix appeared when Google’s own wardriving effort got underway. It must have seemed like a neat idea over at Mountain View to combine StreetView with a Wi-Fi snooper, and that’s just what Google did. Germany baulked at the idea. Then it emerged that Google’s Wi-Fi snooping was collecting emails and passwords, too. The FTC investigated but, quite remarkably, didn’t prosecute. The $7m fine handed down was labelled a “wrist slap” by privacy groups.

The FTC later reached a controversial settlement with Google over its trade practices after FTC staff had investigated, and concluded there was sufficient evidence for an indictment.

The FCC has been formally regulating behavioural advertising since the 1990s. You’d think they’d be all over Google and Facebook, then, right? Actually, no. The FCC is now run by a former Obama fund-raiser, Tom Wheeler, and it can’t do enough for Silicon Valley, whether it's collectivising songwriters rights or disaggregating TV.

What the FCC did this year, with little fanfare, was cripple telecoms companies and wireless networks from doing what Google and Facebook do. That’s a very odd decision. If behavioural advertising is so bad consumers need an opt-out, how come you can opt out of your ISP's profiling, but not Google’s. How could that be?

Don’t count on “digital rights” groups to help you, dear citizen, when we discover that Google is funding them. Privacy lawsuits became cosy backroom carve-ups, with privacy NGOs greedy to pocket Google’s cash. Marc Rotenberg at EPIC is one of very few exceptions: the object to the conflict of interests raised by the cy pres settlements, that saw “digital rights” groups raise a privacy class action only to settle. Money laundering might be a better description.

Naturally, Google regards location data as especially valuable because of its advertising potential. As we previously noted:

Security researcher Mustafa Al-Bassam reported on Twitter that he "almost had a heart attack" when he walked into a McDonald's and was prompted on his phone to download the fast food restaurant's app.

Microsoft was once keen on raising public awareness of Google’s creepy behaviour. Redmond sold its advertising business to AOL, so doesn’t need to monetise the personal data it collects. But it’s got much more aggressive about personal profiling under Satya Nadella. Anything you can slurp, we can slurp too, says Microsoft. It thinks AI and bots are “new user interfaces” that will become an integral part of our lives. Perhaps. But on the basis of user reaction to Google’s increasingly aggressive use of location data, you wonder.

Android phones now examine your location and invite you to rate the cafes you’ve been to. Most of the guesses are correct. Google now scans your photos and find similar photos of those locations. You need to go to Maps to turn this off – but as we now know, Google will ignore you and carry on collecting that information anyway. Anecodotal reactions from people in each case is largely negative. It’s a Yuk.

The future dystopia of pervasive personal tracking, that was once merely Sci-Fi, is here, but … look how shiny it is! Does yours have a dual lens? Mine does. It’s Quad HD. And all that free stuff. You can’t say no. ®