HP doorsteps Apple shoppers at the altar of dreams

Is our innovation stale, asks pres at PC giant? No 'f*****g way' says a shopper 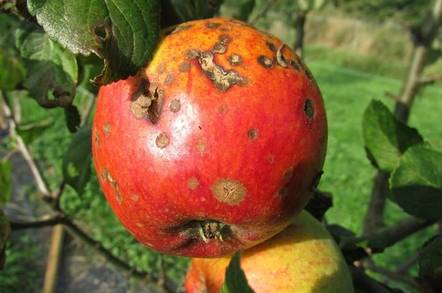 HP Inc GPC '16 HP Inc has launched a new sales tactic to take on Apple - hijacking worshippers of expensive iThings as soon as they step outside the altar of dreams to compare Macs with its slim and light PCs.

Taking to the stage of the Global Partner Conference in Boston, Ron Coughlin, HP president of the Personal Systems division, did what execs do and talked up the revival at his firm.

"There were people who doubted us and those who said the HP innovation engine has lost its gas," he said.

Oh, and he also mentioned the “complete reinvention of the desktop and the truly breakthrough X3”.

It was in fact HP that admitted back in 2012 that innovation had stagnated across the classic PC industry, but hey, that’s yesterday’s chip wrapping, get with the programme.

Here are HP's latest Q3 results - make your own mind up if the company is firing on all cylinders. We think they were a mixed bag.

Drawing on the earlier acquisition of Samsung’s print biz and the new A3 copier devices, Coughlin said, “We have our own A3, but it is FA3. It’s not what you think, potty mouths. It is finally aggressively attacking Apple.

"Apple has been the defining brand for engineering amazing premium devices. Apple has defined premium design for decades. Even at HP, we treated Apple as an untouchable part of the market. My news for you today is that Apple is untouchable no more.

Coughlin said he was aware that reseller fanbois and girls in the room may doubt his words, so he provided indelible proof, sort of.

“We went to a bastion of Apple loyalty, the Apple Store, [to talk to] people who had just bought an Apple device and showed them these beautiful [HP] devices."

Cue a select band of shoppers reacting with shock and awe at the shininess and lightness of HP’s flagship lines. One said when presented with one, “it’s much lighter than my Macbook” and when she found an HP badge on it, responded by saying “no fucking way”. Of course the F-word was beeped.

So, there you have it people: evidence. Real, real evidence from, er, a small group of consumers. HP will hope those people remember when they come to refresh their Macbooks in say, three or four years.

We sent an email to Alan in Apple’s PR function and will let you know if/when he gets back to us. History has shown that it is probably best to not hold your breath. ®