Can't you see the conspiracy? 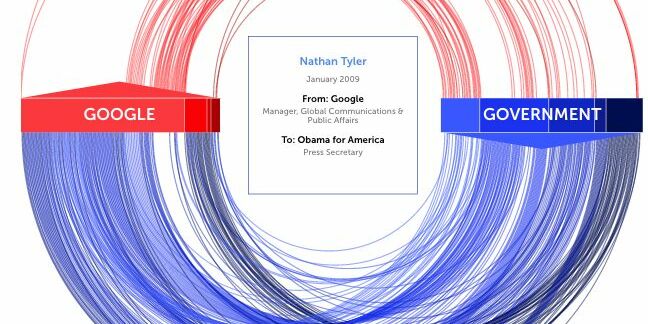 Comment Following extensive coverage of Google’s capture of government policy making and its agencies, a Google-funded group has responded with a surreal report into “regulatory capture” – allegedly by people Google wishes weren’t there.

Unfortunately, the report from the activist groupuscule Public Knowledge (PK) – one of a number of synthetic astroturf non-governmental organizations that take Silicon Valley’s position on telecom and media issues – not only makes PK look very petty indeed, but highlights a democratic deficit in big-money politics. Namely, that if you want to change a law or policy, do it democratically, upfront, and with a popular mandate.

Public Knowledge fumes that the US Copyright Office (USCO) is doing its statutory job, which includes ensuring that the copyright system works. PK thinks (and here you must cover the children’s ears) the Copyright Office is “furthering the interests of rightsholders.”

Almost every sentient American who has posted an image to Facebook or Twitter is a rightsholder, even if they don’t assert it. Silicon Valley’s great trick is that digital property rights are something that only belong to other people – bad people – thus persuading Americans not to assert their own rights – an inconvenience to the vast corporations that make money from ordinary people’s work.

The activist group is equally angry that the USCO has inexplicably decided not to weaken or abolish copyright altogether. But it’s actually the job of the USCO to ensure that copyright works – and Congress’ job to strengthen it, weaken it, or abolish the law. To PK, the failure to weaken copyright is a sure sign of a conspiracy.

And in a surreal twist, while PK accuses the Copyright Office of furthering a sinister and wide-ranging conspiracy to uphold US property laws, it also says that... nobody listens to the USCO. It “has its views ignored or outright rejected by courts, Congress, and other agencies.”

In other words, the Copyright Office’s food is terrible – and even worse, comes in such small portions.

What evidence PK has assembled is of a dozen staff moving between the public sector (the USCO) and the private sector over the past eight years. It’s a surprisingly small number, and dwarfed by the hundreds of staff who have shuttled between Google, the White House, and regulatory agencies. It might have been wiser of a Google-funded group not to go there. But it couldn’t help itself, it seems, so like the Light Brigade, charged right in.

For tin-foil hatters, it’s here [PDF]. Make sure you have a jar of dead insects handy as you savour it. And isn’t the problem with the world not that you have surrendered control over your photos and words to huge Silicon Valley corporations, but that copyright terms are so long? That could be your first observation. Far too long. ®

Of course, we can have an internet that allows information to flow freely, but that respects the individual’s property rights. The entire purpose of the propaganda exercise is to persuade us we can have one (the internet) or the other (property rights) – but not both.