Star Trek's Enterprise turns 50 and still no sign of a warp drive. Sigh

Realistic tech or lazy plot device – what do you think? 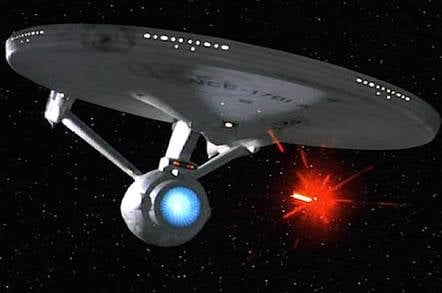 Star Trek @ 50 Zooming through space faster than the speed of light is integral in science fiction if the story unfolds over different planets, galaxies and universes.

The Hitchhiker’s Guide to the Galaxy had hyperspace, the TARDIS in Doctor Who travelled through a time vortex, and Star Trek used warp drive.

The sight of the Starship Enterprise disappearing into a flash of light as it propelled itself to speeds faster than the speed of light by bending local space was familiar.

Fifty years have passed since warp drive was first introduced to Trekkies onscreen. While some areas of Star Trek technology have now become a reality, warp drive remains grounded in science fiction.

A few years ago, NASA physicist Harold White announced his plans to build a warp-drive spacecraft that could zip through space at ten times the speed of light over a series of experiments.

Mexican physicist Miguel Alcubierre proposed that if a spacecraft was placed within a ring of “exotic matter” that could warp the space around it, the spacecraft travelling in the warped bubble could bypass the speed of light.

There have been no concrete results announced from White’s experiments, however, and the dream of warp drive has remained in theoretical papers. The most recent attempt by NASA is the electromagnetic drive (EM Drive).

According to Universe Today, a paper has just been accepted that outlines how a reactionless propulsion system – a system that requires no propellant to gain momentum – could generate enough thrust to power a spacecraft faster than the speed of light.

The paper has met with criticism, however. The naysayers believe EM Drive is an impossible idea, as the lack of propellant violates Newton’s Third Law: For every action, there is an equal and opposite reaction.

So, will warp drive ever be possible?

Mark Hempsell, president of the British Interplanetary Society, has had a long career working in the space industry and says he has no idea if warp drive will be possible one day.

"Nearly all these inventions like warp drive are devices to get the plot moving,” Hempsell told The Register.

"I’m not sure if they will ever be applicable in real science, but at least sci-fi has put it in our minds to look for it. Concepts [like warp drive] that assume there is a way of changing the space-time continuum also change Einstein’s theory of general relativity. And that may be possible – we don’t really know how the universe is put together yet."

But based on current methods of space travel, reaching speeds faster than light is impossible, according to Hempsell. “There hasn’t been much progression in space propulsion systems since the sixties.

“There are four methods for changing speeds in space: using a chemical engine, an electric engine, gravitational assists, and solar sailing – something that is theoretically possible,” says Hempsell.

Solar sailing uses the pressure of photons emitted by the Sun to provide a push, and could accelerate spacecrafts to high speeds.

Hempsell refers to Arthur C Clarke’s third law when talking about warp drive technology. “Any sufficiently advanced technology is indistinguishable from magic,” according to Clarke.

“You could argue that that kind of technology is magic. But whether it remains magic or becomes technology one day is unknown,” says Hempsell. 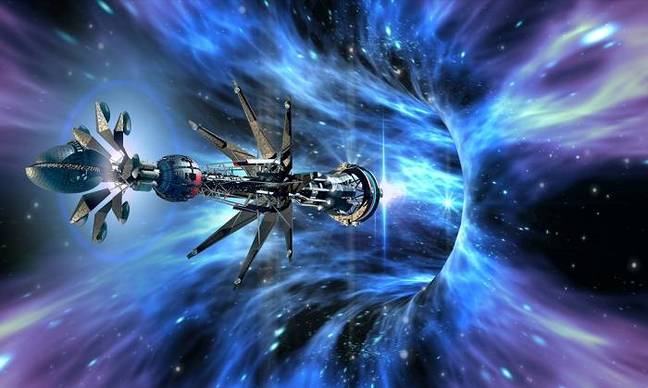 While Elon Musk wants to revolutionize how we drive on roads with autonomous vehicles, Russian billionaire, entrepreneur and physicist Yuri Milner has set his sights on transforming travel far beyond the reaches of Earth.

Both technology entrepreneurs come armed with cash to uproot the transportation industry. Yuri Millner needs a whopping $10bn for his project, which aims to send spacecrafts to the nearest star system within our lifetime.

Known as Breakthrough Starshot, the project has already been backed by Stephen Hawking, Mark Zuckerberg and Freeman Dyson.

Starshot will propel nanocrafts weighing a single gram to a fifth of the speed of light by powerful laser beam, says Avi Loeb, chairman of the Breakthrough Starshot advisory committee, and professor of science at Harvard University.

It uses a concept similar to star sailing, but the photon pressures won’t be coming from the Sun, they’ll be from a massive laser instead.

“Low-powered laser beams will combine into one long, powerful, coherent beam. A gigawatt (one billion watts) of energy will be focused on the sails of the nanocraft for a few minutes and push it to a fifth of the speed of light,” Loeb told The Register.

He compared the laser photons to tennis balls. When a tennis ball hits a racquet it imparts a little push onto the racquet. Now imagine that effect but with many photons onto a nanocraft.

“It’ll be a new window into space exploration. Our civilization faces many existential threats – our Sun will die in seven billion years. We need to think about relocating,” Loeb told The Register.

The recent discovery of Proxima b, a possible Earth-like planet located 4.25 light years away, has given the Starshot team a clear target. 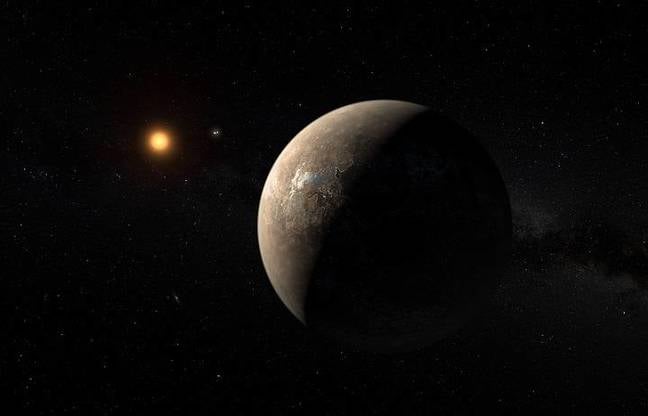 Loeb hopes to demonstrate the feasibility of the nanocrafts within five to ten years. The next step will be to increase the scale of the project before the final major model is released into space.

“The first stages will require approximately $100m and the final stage will cost around $10bn. I imagine plenty of wealthy individuals will be interested in this,” Loeb says.

The biggest challenge is finding a material that will be able to withstand the high temperatures emitted from the laser beam. But there is reason to be hopeful, according to Loeb, as physics continues to advance.

It may not be warp drive, but Starshot may just be the closest thing to it. ®