Too hot to handle, too rubbery for banks 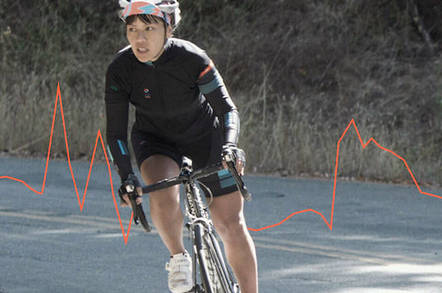 On your bike, Basis ... Photo by Intel

Refund checks promised by Intel after recalling its ill-fated wrist-burning Basis smartwatches are bouncing for some unlucky punters.

Amid a global safety recall, Basis Peak owners in the UK were offered a £184 refund to turn in their troublesome armslabs. Unfortunately, Chipzilla's payouts, delivered via Western Union, are failing to process at British banks.

"Basically, Intel are using Western Union to process refunds and the cheques as issued by WU are not actually valid for deposit – at least in UK banks," one Register reader told us.

Intel has confirmed the problem, and told El Reg it is working to sort out the banking hang-ups.

"In certain situations, bank requirements resulted in refund checks not being processed," a Chipzilla spokesperson said. "We are working with the few customers affected to ensure that they receive their refunds as soon as possible."

Intel-owned Basis kicked off the recall in early August after some owners complained their watches were heating up to dangerous temperatures – and in a few cases burning their arms.

Rather than deal with replacing the smartwatches and further develop a Basis line that had failed to catch on with consumers, Intel opted to pull the plug: it urged people to stop using the gadgets immediately, told everyone to return them, and promised to refund anyone who had purchased a Peak smartwatch and its accessories.

Chipzilla did not say which specific component in the Basis Peak was responsible for the overheating, though it has been suggested that the ambitious goals for highly accurate biometric readings may have overtaxed the watch's sensors.

Any sensor and fitness data saved to the Basis Peak cloud via the gizmo's mobile app will be preserved online until December 31, 2016. ®