What now as the Aussie system dream lies in tatters? 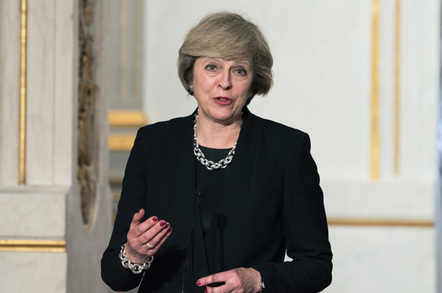 Comment After a summer of vagueness, prime minister Theresa May is starting to define Brexit, with controlling immigration at the top of her list. That is likely to mean ending the freedom of European nationals* to work in Britain on the same basis as the locals – which will have a major impact on the many British IT employers who draw a significant proportion of their tech staff from elsewhere in Europe.

Suddenly, however, a key tenet of Vote Leave’s dream for controlling entry to the UK looks over. Speaking at the G20 summit in China, May has thrown out an idea cherished by Boris Johnson, Liam Fox and Vote Leave – for an Australian-style points-based system of entering and working in the UK.

Britain, however, already has a points-based system for the world outside the EU, and applying this to EU nationals as well looks like the default option post-Brexit.

Britain offers a Tier 2 visa for those holding a graduate-level job offer in a field where the UK has a shortage: the current list (PDF) includes IT managers, programmers and cyber-security specialists. The job has to pay at least £20,800 a year – a figure due to increase to £30,000 next year. Applications for a three-year Tier 2 visa generally cost £437, plus the same for each dependent and a further £200 a year per person for the recently introduced immigration health surcharge.

Unlike the US, which issues 85,000 H1-B visas in a single annual burst, Britain hands out some of its 20,700 annual Tier 2s every month. However, it manages numbers by acting like a budget airline and increasing the qualifying salary when there is higher demand. “Some months, it’s £46,000,” said Carlos Vargas-Silva, senior researcher at the University of Oxford Migration Observatory. “It’s a matter of demand and supply, and the supply is fixed.”

Tier 2 has some advantages over H1-B. Unlike in the US, the spouses of Tier 2 holders are allowed to work in Britain; given they are not tied to one employer, they have more freedom than their partners. In August the Israeli government said it would similarly allow spouses of visa-holders to work, as part of measures to make it more attractive for IT professionals.

“My ideal is zero rules,” said Hale, “but if we have to have rules, I want them as easy and simple as possible.” For a start he doesn’t want skilled techies to need a job offer before coming to the UK: “It’s going to make it far too difficult to hire the people we want to hire.”

Until December 2010 the UK offered a Tier 1 General visa for skilled professionals who did not need a job offer. But the Conservative-Liberal Democrat coalition government scrapped the scheme, primarily to reduce numbers coming into the UK but also because the Home Office found evidence of abuse.

“Some people who had a university degree were in the UK driving a taxi,” said Oxford’s Vargas-Silva.

There are still Tier 1 visas available for investors with at least £50,000 to spend and graduate entrepreneurs.

What about making visa applications easier? On this, the government seems to be making some progress. As home secretary in 2014, Theresa May opened the Access UK service, which uses the pared-down design of the Government Digital Service’s mobile-friendly Gov.uk website for Chinese visitors. This August the Home Office announced the service was available to applicants in more than 180 countries and in 10 languages, with 13 more locations due to be added shortly. Visa applicants still have to visit a biometric enrolment centre to be fingerprinted and photographed.

Also in August, the Home Office said it was piloting an online method for EU nationals to apply for permanent residence, replacing an 85-page paper form that is submitted by special delivery. It’s going to need it: Oxford’s Migration Observatory estimates that the Home Office may have to process 140 normal years’ worth of applications in a single year, if the estimated 3.5 million EU nationals in the UK rush to apply for residency.

The UK has a working points-based visa process which increasingly operates online. The current rules are fairly tight, but if, as assumed, free movement of EU nationals ends, the government will have the capacity to loosen them for skilled workers.

That’s what Fairsail's Adam Hale would like to see: “Anybody that’s studied technical computing, even to A-level standard, I would throw the doors open and say come to the UK, we’ve got lots of jobs here. I don’t think it has to be a degree-level qualification”

Offers like this for EU citizens could even help the negotiations over Brexit: the UK wants some access to the EU single market for the likes of financial services, so in return it could offer EU nationals better access to British jobs.

But there is a problem with letting techies rock up to passport control with a school qualification in IT. Page 29 of the Conservative party’s 2015 manifesto commits the government to reducing annual net migration to the UK to “the tens of thousands, not the hundreds of thousands.” Britain is not even close: net migration for the 12 months to March 2016 was 327,000, with roughly equal numbers coming from the EU and the rest of the world according to the Office for National Statistics.

In July at prime minister’s questions Theresa May said she wanted to meet this target, although she gave herself some wriggle room by adding that “it will take some time”. Ryan Shorthouse, director of independent think tank Bright Blue, which describes itself as liberal conservative, believes she should replace the single target with ones for different categories of immigration. Research carried out by Survation in September 2014 on Conservative voters, analysed by Bright Blue in a 2015 report, found (PDF) they would prefer an immigration system that encouraged some groups and discouraged others over one that simply restricted the overall number.

“The public clearly have differing attitudes to differing types of migrants, for example students and skilled professionals including the IT sector,” says Shorthouse. “The net migration target lumps all types of migrants in together, when actually the public have a much more sophisticated view.” He adds that: “Brexit provides opportunities in which to reset immigration policy,” but these will not occur if the government decides to stick with the single ‘tens of thousands’ target.

It would be ironic if Britain took full control of its immigration rules, only to bind itself by a target made in a manifesto written on the assumption the UK would stay in the European Union, which would probably make it impossible to control whether that the target would be met. Theresa May has been binning chunks of government policy over recent weeks; Britain’s IT employers may wish this target also gets a one-way exit visa. ®

The European nationals likely to be affected are those from the European Union (except, obviously, Britain and, less obviously, the Republic of Ireland, as both countries want to retain free movement within the British Isles), the European Economic Area (Iceland, Liechtenstein, and Norway) and Switzerland.