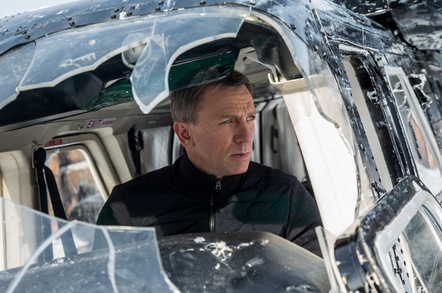 Actor Daniel Craig has reportedly been offered a cool $150m to play James Bond for another two films, such is the uncertainty surrounding the suitability of his potential replacements.

Craig famously said he’d rather "slash his wrists" than again portray the suavest agent on acetate, but the financial lure and a promise to shoot both movies back-to-back might encourage him to slip on a dinner jacket once more.

The short list of thesps said to be possible successors include Idris Elba (he’s said he’s too old), Michael Fassbender (he wants to move behind the camera) and one of the heroes of The Hobbit, Luke Evans.

What the moguls at MGM have not had at their disposal is the readership of The Reg, so we have laid down the gauntlet to you. Who should be the next James Bond?

Should it be one of the above, another actor or someone entirely left-field? Why not an individual who knows a thing or two about ruthless despots, maybe has martial arts skills, a nasty competitive streak and would know what to do if he chanced upon a MiG fighter aircraft.

You be the judge. We’ll draw up a short list for Friday so that our beloved readers can make their voice heard on this most important decision that is obviously stumping those unimaginative Hollywood execs. ®

Polygraph knows all: You've been using our user feedback form

Something for the Weekend, Sir? Tell me lies, tell me sweet little lies...