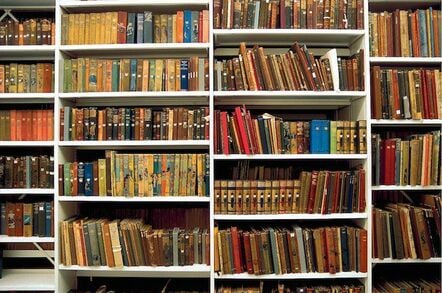 Lightspeed has notified customers in an email saying that the information was contained in a compromised database but was not confirmed to be stolen.

In a letter sent to customers and obtained by Australian security researcher Troy Hunt Lightspeed offered some limited details on the breach, excluding the date of the incident.

Information contained in thesedatabases was accessed during this incident.

However, there is no indication that any specific data, including any personal information, has been taken or used."

The storage state is unknown for passwords older than the date of the encryption upgrade.

The company said it introduced "strict new access policies" that limited access to production infrastructure and sensitive data and applied a "new set of security patches".

One system administrator of a US book shop and Lightspeed customer told The Register he was baffled by the notification.

"They reveal a few disturbing trends," he says citing the introduction of access controls and application of patches. "[Does this] suggest prior to this that access was less restrictive than it should have been, and patching was behind?"

Our system admin is also stumped by a request rather than enforcement for users to change their passwords.

"They also mention payment processor credentials - which is interestingly worrisome. In fact, I don't recall actually ever having input any, so I'm not sure that's even under my control to change. No details on how to go about this, nor how to get updated creds from the merchants."

Point of sales data doubles as accounting data for many businesses meaning critical business information could be potentially stolen, he speculates.

Vendors in the point of sales business have been a recent target of financially-driven hackers who deploy various instances of point of sales -specific and backdoor malware to gain access to the financial systems of clients. ®