Surge pricing? How about surge fines: Pennsylvania orders Uber to cough up $11.4m 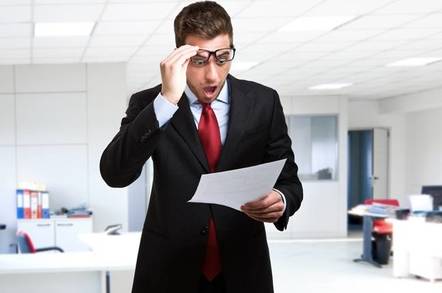 The Pennsylvania Public Utility Commission has upheld an $11,364,736 fine, the largest in its history, against Uber for running an unlicensed taxi operation and obstructing attempts to investigate the firm.

The PUC issued the fine in May after finding that Uber had provided 122,998 trips to paying customers without receiving authorization from the state* authorities, including nearly 42,000 rides after the firm had been sent an official cease and desist letter.

"We do not take lightly the fact that the civil penalty imposed in this case is the largest in this Commission's history," the chairman and vice chairman of the PUC said in a joint statement. "However, the reason the penalty is so large is because we were faced with an unprecedented number of violations committed by Uber."

Judging from the size of the fine, the PUC is really butthurt about Uber. In contrast, Lyft got a fine of just $250,000 for operating its ride business in the state, and the largest previous fine from the PUC was $1.8m levied against HIKO Energy after they jacked up their prices to cash in on the 2014 polar vortex cold snap.

Tom Wolf, the governor of Pennsylvania, intervened personally in the debate, saying that the fine was "unprecedented." He urged the PUC to rethink, particularly as Uber has its Advanced Technology Center developing self-driving cars in the state.

"We are shocked that the PUC would compound its past mistakes and send the troubling message that Pennsylvania is unwelcoming to technology and innovation," Uber told The Reg in a statement.

"For technical violations in bringing Uber to Pennsylvanians, the PUC has imposed an absurd and record-breaking fine which demonstrates why the Commonwealth needs permanent, statewide ridesharing legislation as soon as possible."

Uber said it would appeal the ruling at the Commonwealth Court. But even if it is forced to pay up, an $11.4m fine is a drop in the ocean for a firm that's losing $7m a day. ®

Yes, we know that technically Pennsylvania is a commonwealth, not a state, but there's practically no difference between the two.

Pennsylvania, along with Massachusetts, Virginia, and Kentucky, all became commonwealths to show their independence from their hated British overlords. You'd think they'd have got over it by now, but apparently not.