Long-serving workers in US, UK and beyond lose their jobs amid ongoing months-long shakeup 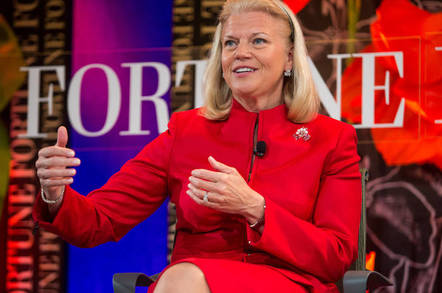 More IBM staffers found out they are losing their jobs this week in another wave of layoffs at the IT giant.

According to insiders, workers in IBM's Business Transformations Organization, Systems Group, Global Technology Services, Global Business Services, Technology Support Services, and Storage Presales were told on Wednesday they will be hit by "resource actions" – HR speak for redundancies. We're told that the affected employees are based in at least the US, the UK, Canada, France and the Netherlands.

The cutbacks are part of an ongoing reorganization within Big Blue that started in January this year, and has been rumbling through offices in America, the UK and beyond ever since. The tech goliath is trying to remain relevant by reshaping itself into a business touting cloud and AI services.

"We announced in our first quarter earnings report that we would take a workforce rebalancing charge to shift and rebalance our skills," IBM's external communications director Clint Roswell told The Register.

"IBM is aggressively transforming its business to lead in a new era of cognitive and cloud computing. To this end, IBM currently has more than 25,000 open positions, many in these key skills areas. If we meet our hiring targets, we expect our employee numbers to be roughly the same at year-end as they were in 2015."

That 25,000 is an interesting figure. In March, Bernstein senior research analyst Tony Sacconaghi estimated that IBM will lay off up to 14,000 jobs in 2016 after starting the year with 380,000 on its books. If IBM is to maintain that headcount while filling 25,000 positions, does that mean up to 25,000 unlucky ones are getting the chop?

"It's not as simple as a zero-sum number," Roswell told us. "A lot of factors contribute, like retirement, attrition, acquisitions, divestitures, etc."

Lee Conrad, an ex-IBMer who today runs the Watching IBM Facebook page, has been sharing messages from long-serving staffers laid off this week, some of whom claim their jobs are effectively being shifted overseas to India, China and Costa Rica.

Some axed workers say their last day will be at the end of November, allowing IBM to avoid paying into their 401K retirement savings pot for the year. Big Blue will only cough up the cash if you are an employee on December 15. This comes after the biz slashed its severance payouts to a maximum of one month of pay.

"15 years [at IBM] this month," said one insider, who wished to remain anonymous. "I got notified this morning my last day will be November 29 with four weeks' severance. My manager has to let go over 50 per cent of her people."

Another said: "Over 30 years of service and actively working on a contract. I'm angry about how this has been handled, sad to see the end of my IBM career, and frustrated that I will wind up leaving a client hanging. I'm motivated to move on to the next chapter of my life, telling myself there are more opportunities out there, and that life will be better after IBM."