Huawei hugs open-sourcey Alluxio: Thanks for the memories 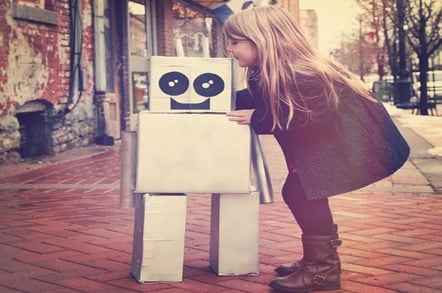 Huawei has announced a Big Data analytics acceleration scheme using its FusionStorage product and Alluxio open source software; which seems to be the canine genitalia du jour for speeding up lethargic analytics queries.

Alluxio is the renamed Tachyon Nexus, an Andreessen Horowitz-backed startup.

Alluxio's software is a memory-centric, virtual distributed storage system. It functions as a ginormous local cache for a remote storage system, such as a set of HDFS nodes. It is based on a cluster of local nodes which are accessed by compute nodes running Big Data analytics jobs and queries. 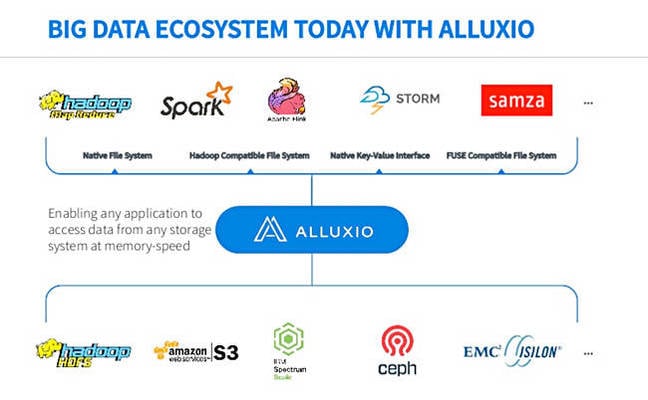 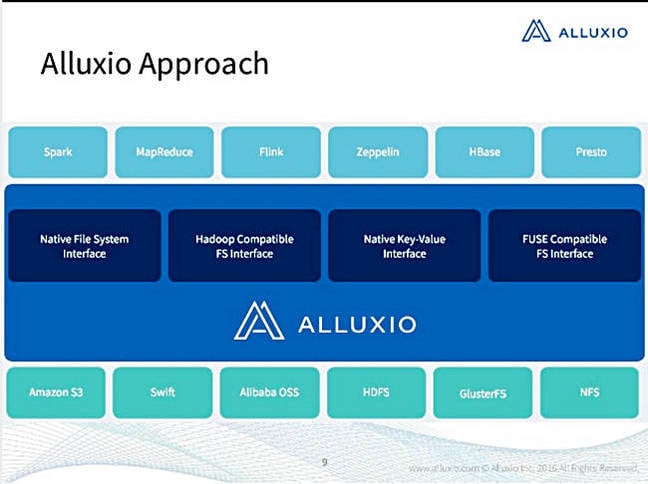 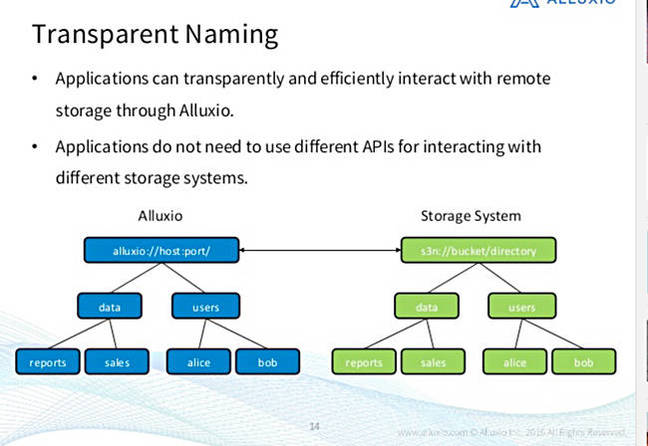 Barclays accelerated Spark jobs from hours to seconds by interposing an Alluxio set-up between the query-running compute nodes and a Teradata data repository.

Sounds like hot stuff. We think that all this suits Huawei and its IoT/cloud strategy very well. Check out the Alluxio project at www.alluxio.org and run through an Alluxio slide deck here. ®