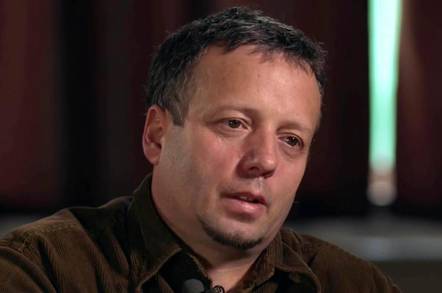 Notorious celebrity hacker Guccifer will spend at least four years in prison on charges of identity theft and unauthorized access to computer systems.

Guccifer – in real life, taxi driver Marcel Lehel Lazar, 44, of Romania – was sentenced today by US district court judge James Cacheris after hearing of Lazar's lack of remorse, the likelihood of him doing it all over again, and his unwillingness to cooperate with US authorities.

Lazar pleaded guilty to the charges earlier this year after he was arrested in Arad, Romania, and hauled into a Virginia courthouse in America.

Guccifer has long claimed responsibility for a hacking spree from 2012 to 2014 during which he broke into personal email inboxes and hijacked social media accounts of more than 100 people. After using social engineering attacks to swipe their private photos, documents and messages, he would leak them to journalists and the web for all to gawp at.

Among the victims were family members of US President George W Bush, Hollywood celebrities, an intelligence bigwig, and former Secretary of State Colin Powell. He also claimed to have infiltrated Hillary Clinton's email server, though authorities have disputed that boast.

"In many instances, Lazar publicly released his victims' private email correspondence, medical and financial information, and personal photographs, according to the statement of facts filed with his plea agreement."

That haul included paintings by President Bush. Guccifer also revealed that Hillary Clinton used a private email address while she was secretary of state.

Lazar also has to complete a seven-year sentence in his home country, where he was convicted on separate charges for hacking the accounts of Romanian government officials. The miscreant may be released from his US federal prison in 2018 to finish that stretch back in Romania before returning to America to complete his time behind bars. ®

For absence of doubt, we mean birthday