Stromatolites are evidence of changing chemistry on Earth 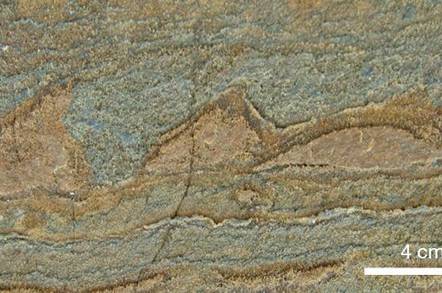 The world’s oldest fossils have been discovered in Greenland after a layer of snow on ancient rocks melted, revealing stromatolites embedded in the Isua supracrustal belt.

A research paper published today in Nature shows that the Greenland fossils are older than a series of stromatolites found in Australia known as the Dresser Formation, which dates back to 3,480 million years ago.

Stromatolites are calcium carbonate deposits made by communities of ancient simple single-celled organisms.

“When people think of fossils, they normally think of bones. But these were made by a group that belong to the first organisms on Earth,” Professor Allen Nutman, lead author and geologist at the University of Wollongong, Australia, told The Register.

Nutman has studied ancient geological records in Greenland since the 1970s. “It’s a matter of patience and repeated advancement,” he said.

Geologists searching for the oldest evidence of life have targeted the Isua supracrustal belt for its large range of metasedimentary rocks from the Eoarchaean era – 4,000 million years ago. The stromatolites were around one to four centimetres high, and likely grew in a shallow marine environment. Their age was estimated by using uranium-lead dating on zircon, a common mineral in the Earth’s crust, on the rock above and below the fossil.

Over time, the ratio of lead to uranium atoms trapped in zircon increases through radioactive decay. The ratio allows geologists to work out the age of the rock by using uranium’s half-life.

The layer below dated back to roughly 3,710 million years whilst the layer above was 3,695-million-years-old, allowing geologists place limits on the fossils’ age. The fossils show that sophisticated organisms had already begun changing the Earth’s chemistry 3,700 million years ago, the paper said.

Single-celled organisms responsible for creating stromatolites would have taken in carbon dioxide from the air, impacting chemical cycles.

“The 3,700 [million-year-old] life already had a considerable prehistory, and supports model organism chronology that life arose during the Hadean [era],” the paper said. ®