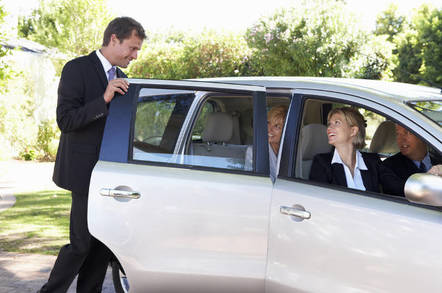 Google is apparently planning to launch a ride-sharing service to compete with Uber and Lyft.

The Wall Street Journal cites a single source in reporting that the Mountain View advertisement broker will expand a small pilot program launched this summer in which the Waze navigational app can be used by people to organize car pools. From now on, it will be a city-wide program open to everyone in San Francisco.

The Waze ride-sharing system is not supposed to be a full-fledged commercial service like Uber or Lyft, it seems; Waze drivers are expected to charge a small amount to cover gas, basically – which is miles cheaper than Lyft and Uber.

Crucially, Google will not run any background checks on drivers sharing their cars via Waze, whereas even Uber and Lyft subject their cyber-cabbies to a degree of scrutiny.

The WSJ report claims that "Google doesn't plan to vet drivers for a Waze service, instead relying on user reviews" to rate drivers.

The Register has asked Google for comment on the report, specifically the claim its service won't vet drivers, and – tellingly – has yet to receive a reply.

Meanwhile, Google has agreed to pay millions to settle a long-running privacy case related to the use of browser cookies for its web services. The proposed $5.5m settlement would end a class-action claim in the Delaware US Federal Court accusing Google of placing cookies on the Safari and Internet Explorer browsers of users, despite being told by the browsers not to install cookies.

The case, first filed in 2012, was dismissed by the court in 2013, only to be partially reinstated on appeal in 2015. Both sides have since been in mediation talks to work out a deal.

The package includes $5m to the class party along with $500,000 in administration fees and the plaintiffs' court costs. ®

Updated Redmond slips out of key provision in discrimination case