We're now reliant on the FCC, God help us 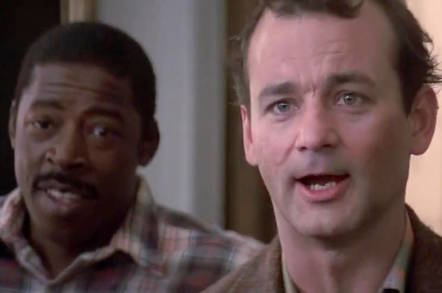 The US Court of Appeals for the Ninth Circuit has thrown the issue of who can protect American consumers into confusion with a decision for AT&T and against the Federal Trade Commission (FTC).

The decision [PDF] could see the telecom giant walk away from a $100m judgment for throttling its customers' data speeds without informing them, and potentially leaves companies like Google, Verizon and AT&T, as well as airlines, bus companies, and mail delivery services without an effective advocate for customers.

The decision overturns one from a lower court back in 2014 that decided AT&T had failed to tell customers on its "unlimited" data plan that it could reduce their data speeds to just 10 per cent of the advertised speed for up to 12 days whenever it wanted. An estimated 3.5 million people were affected.

AT&T appealed on the grounds that the FTC simply didn't have the authority to sue it and, to many people's surprise, the Ninth Circuit agreed. (AT&T is also fighting the FTC's sister regulator the Federal Communications Commission (FCC) over the same fine, claiming its $100m should be reduced to just $16,000.)

At issue is AT&T's "status" as a "common carrier." The situation is complicated further by the recent high-profile argument over the FCC when it redefined broadband providers – of which AT&T is one – as common carriers.

The Ninth Circuit was at pains in its judgment to note that the FCC's reclassification had nothing to do with its decision, but the reality is that the two are interlinked.

If the FCC had not controversially reclassified broadband providers as "type II" providers last year as part of its net neutrality approach, this decision would effectively have left some of the largest companies in the United States with no regulatory oversight.

Unfortunately, the tie-in has led to some hyperbolic commentary tied to the net neutrality decision that has only confused matters further.

Effectively, the appeals court decided that because most of AT&T's business is defined as being "common carrier" – ie, it supplies phone service to millions of consumers – it has the "status" of a common carrier.

And that means that the FTC is unable to touch it when it comes to other services that AT&T provides, even if they are not under common carrier rules – in this case, the provision of broadband data to phones.

The FTC had argued that its authority was only limited when it came to actual common carrier services, and that AT&T's other services fell under its jurisdiction.

The decision is a big blow to the FTC's authority and one that it is likely to appeal to the full Ninth Court and possibly all the way up to the Supreme Court. As a result of the decision, the FTC is likely to see its authority questioned every time it makes a judgment against a company.

It also opens up some ambiguity over whether a company has common carrier status or not: at what point do companies like Verizon or Google – which offer a plethora of services that are both common carrier and not common carrier – gain that status? And are they effectively being given carte blanche to do whatever they want on non-common-carrier services because the FTC will be rendered toothless?

Fortunately – and we use that word advisedly – the telco/internet world does have a consumer champion to fill in the gap: the FCC.

The FCC will now take over as the consumer's champion – something that it has said it's prepared to do, although so far it has repeatedly shown its inexperience in dealing with consumer complaints and internet matters. Its peculiar culture is still tied closely to its historical role as an inside-industry regulator.

In short, US consumers just lost the steady hand of the FTC when it comes to a whole range of services, just because giant corporations provide some services that the FTC is not allowed to oversee. And in its place – at least for internet and telco markets – we are left with the dysfunctional FCC. ®