Show me the way to go Ohm 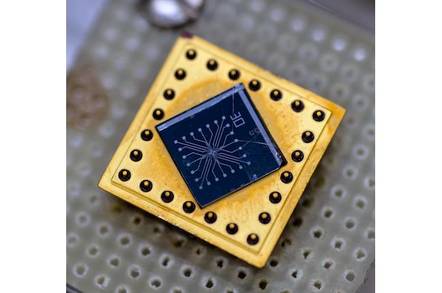 The ampere, a perpetual embarrassment to the world of scientific standardisation, is due to get a measurable physical standard in 2018, and America's National Institute for Standards and Technology (NIST) hopes to help provide its definition.

Most SI base units have a clear physical definition – the metre is defined by the distance light travels in a given time, the second is based on oscillations of caesium-133, the mole is based on counting carbon-12, and so on.

But the amp is problematic: it's “the constant current which, if maintained in two straight parallel conductors of infinite length, of negligible circular cross-section, and placed 1 m apart in vacuum, would produce between these conductors a force equal to 2×10−7 newtons per metre of length.”

So that the ampere is no longer based on hypothetical infinite conductors, the new definition will count the electrons passing a point – and that's difficult.

NIST's latest contribution to the development of a real ampere is to try and improve a device called a single electron transport pump (SET pump): just enough energy is applied to a source to make one electron jump a high-resistance junction barrier, to land on a quantum dot.

The quantum dot can only capture one electron at a time, simplifying the count.

That's a useful and accurate way to count electrons, and today's metallic SET pumps are small, in the order of 100 to 200 nm per channel.

However, they operate at picoamps, making them unsuitable to try and measure whole amps, so NIST's quantum ampere project wants to scale things up.

The group is working on replacing the metal oxides with silicon, which lifts the frequency the SET pump operates at into the gigahertz range. The agency explains this, plus running 100 pumps in parallel, would provide accurate measurements of current in the order of 10 nanoamps.

Further work, they hope, will lift that even further, towards the microamp level, which would meet the requirements for a standard amp.

It would also create a pathway to tie Ohm's Law (one volt, one amp, one ohm, you know the drill) to quantum-level physical properties.

Another item on the “future development” list would be to get rid of the need to operate the SET pumps at cryogenic temperatures, to put accurate volts and amps in devices that could ship to the mass market.

NIST isn't alone in proposing mechanisms to quantify the ampere: back in 2014, NTT in Japan proposed a silicon nanowire-based approach. ®