Height of stupidity: Heathrow airliner buzzed by drone at 7,000ft 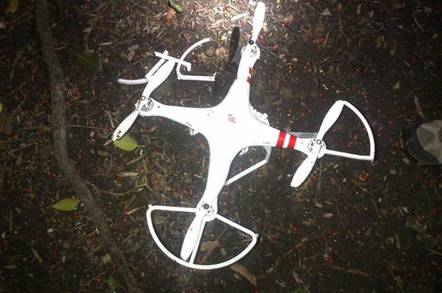 An airliner circling Heathrow narrowly missed colliding with a drone flying at 7,000 feet – while another aircraft approaching the London airport saw a drone hurtle past just 30 feet from its cockpit.

The first near miss took place in mid-May when an Airbus A319 pilot flying to Heathrow saw a one metre-long drone, painted green and purple, “extremely close” to his aircraft.

The drone, which was flying just above the airliner's level, was only 10 metres (30 feet) from the cockpit. Investigators thought the operator was flying on first-person view using the drone's cameras.

The UK Airprox Board graded the risk of collision as Category A, the most severe level.

In the second incident, which took place a fortnight after the first, an Airbus A320's first officer saw “a white, twin rotor drone pass by the right wingtip” barely 100m away as the aircraft was descending through 7,000ft over New Malden, south London.

“Even if an observer was being used, the board thought that they would certainly not have been able to see the drone clearly at that level,” reported investigators from the UK Airprox Board.

Details of both incidents were published late on Friday afternoon in reports from the board. Neither of the drone operators were traced by investigators.

While airliner cockpit windows and engines are routinely tested for resistance to bird strikes, drones are a much tougher proposition – especially at typical airliner holding speeds of 300 knots or more.

It is a criminal offence to “recklessly or negligently cause or permit an aircraft to endanger any person or property” – and drone operators must obey the Air Navigation Order 2009.

Further, Article 166 of the Order states: “The person in charge of a small unmanned aircraft must maintain direct, unaided visual contact with the aircraft sufficient to monitor its flight path in relation to other aircraft, persons, vehicles, vessels and structures for the purpose of avoiding collisions.”

Civil Aviation Authority regulations prohibit drone operators from flying above 1,000ft while only using cameras to keep a lookout.

Earlier this month a manhunt was sparked after a drone was spotted beside a Flybe jet on approach to land at Newquay Airport in Cornwall. ®