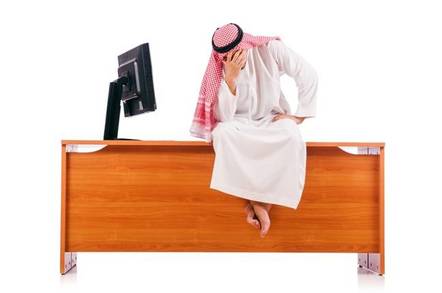 A snafu with the translation engine in Microsoft's Bing search engine has landed Redmond in hot water with the Saudi authorities.

Over the weekend, Saudi Arabian users found that when they typed the Arabic word Daesh – the name of the medieval terror bastards currently losing their battle for a caliphate in the Middle East – into Bing Translator, the computer told them that the English translation was "Saudi Arabia."

The news spread on social media and a campaign was quickly organized in Saudi Arabia calling for a boycott of Microsoft products. Redmond's engineers moved fast to head off the PR disaster, and have now fixed the issue. Microsoft staffers also apologized to Saudi officials for the blunder.

"Our product team fixed the error in the automated translation within hours of learning about it," a Microsoft spokesperson told The Reg.

According to Dr Mamdouh Najjar, VP and national technology officer for Microsoft in Saudi Arabia, the error occurred because Bing Translator has a crowdsourcing function – if a large group of people (he estimated over a thousand) suggest a translation, then it becomes listed as a possible answer.

The issue has now been fixed, but it's a very sore point for the Saudis, who are fighting a proxy war against the Daesh-bags in Yemen. Expect to see more fallout from this one. ®