Vale, LOGO creator Seymour Papert, who taught us that code can be creative play

Arduino-fiddling kids, and the rest of us, owe Papert a debt of gratitude 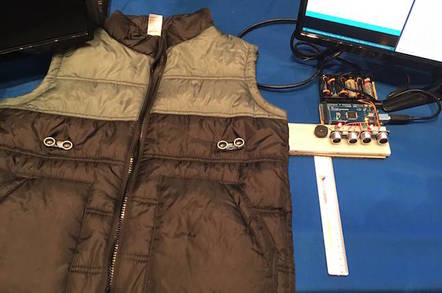 Back when dinosaurs ruled the Earth and I was a kid, I received the gift of a "100-in-1 Electronics Kit" that taught me the basics of electrical circuit design as I strung pre-cut wires between springy posts. At the very centre of this kit - its beating heart - a single transistor could be wired to work in an amplifier, or AM radio, or tone generator.

All of these projects, detailed in the accompanying instructional guide, really only served to whet my appetite. I quickly ditched that book because I’d learned enough to be dangerous and try wiring my own circuits.

A lot of these self-designed projects never worked. But that didn’t matter, because every failure taught me something else: current can only flow this way through the diode; DC won’t flow across a capacitor and; you can make the transistor very hot if you connect it directly to a 9V battery.

Those hours of experiments left me with a lifelong passion for electronics, and I still enjoy assembling a circuit on a breadboard.

Just over a decade ago some clever folks in Italy put together the Arduino, a credit-card sized board powered via USB and programmed with an IDE that borrows a lot from Processing, a programming language designed to make it easy to write interactive applications. As soon as I heard about Arduino, I ordered one, and not very long after Arduino number 435 arrived, I had it blinking an LED - the ‘Hello, World’ of hardware.

Over the last decade probably two million Arduinos have been manufactured - the actual total is unknowable because they released their designs as open source, leading to a range of Arduino clones. That decision means there's been a lot of opportunities for people to play with these devices, learn how they work, then throw the book away and try new things - things its creators never imagined.

If there’s a device that can talk to a computer, chances are that someone has figured out how to connect it to an Arduino, written the code to control it, then blogged both the circuit design and the code. It’s gotten to the point where - most of the time - you simply need to Google ‘How to connect $THING to Arduino’ to find detailed instructions.

For a kid old enough to do amazing things, but not yet old enough to know what can’t be done, the sky’s the limit - and Arduino’s the rocket launchpad.

For the last few years I’ve been lucky enough to serve as a judge for the Young ICT Explorers competition here in Sydney. Each year, these ten and eleven year-olds blow my mind with the sophistication of their projects, and this year was no different.

The penultimate project I judged this year, though, that one marked a new high-water mark. VIVA - the Visually Impaired Vest Assistant - sews ultrasonic rangefinders into a winter vest, and alerts the wearer with an audible alarm when they’re getting too close to an obstruction.

Why? These kids know guide dogs are very expensive (tens of thousands of dollars) while a cane ties up one of your hands. VIVA provides an easy (and inexpensive) alternative that gives the visually impaired greater mobility and independence.

VIVA is more than just a pipe dream: with little ultrasonic rangefinders wired directly into an Arduino, and their code running on the device, you could watch distance values changing on-screen in real-time as you moved closer or further away from the sensors, hearing the alarm as you got too close.

Where did they learn all of this? Like all inquisitive 11 year-olds, they watched some videos on YouTube. You might never come across them, but there’s a lot of videos on YouTube about Arduino, how to connect Arduino to various things, and how to program Arduino to talk to those things. Those videos might be made by an adult - or by another bright eleven year-old.

The current generation of bright kids are teaching themselves, and teaching one another, using the Web for learning and sharing. Then they take what they’ve learned and apply it to the problems they see in the world, problems they absolutely believe they can solve with their own creativity.

This is exactly the kind of world Seymour Papert envisaged fifty years ago when he co-developed LOGO. The first computer language designed for children, LOGO embraces the child’s capacity to throw away the lesson plan, and play. That same philosophy informed Arduino, and those kids - who got a gong for building a device to help the blind find their way safely through the world.

Papert passed away at the end of July, but these kids - who probably have no idea who he was - are his enduring legacy.

We can make this complex world playful. We can learn enough to play. And in that play we can find our way to solutions for the hard problems. That’s Papert’s lesson for kids - and for grown-ups smart enough to be a bit childish. ®