Breaking through the wall of silence, one brick at a time 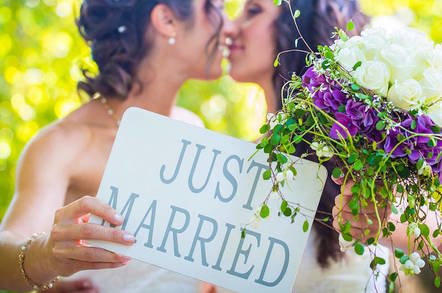 Tech marriage ... You may now kiss the pooled hard drive

Nutanix bought a company recently and is days away from announcing another acquisition.

The latest gobbled-up biz is based in India. Nutanix president Sudheesh Nair told the Deccan Herald: “While we won’t be able to name the companies, we can expect a press announcement in a couple of days from now. All I can say is that the acquisitions are going to bring in cutting-edge technologies.”

When news broke last week that Nutanix had bought a small biz, we asked the hyperconverged upstart if it was buying India-based DevOps startup CalmIO. We also asked Calm. Neither outfit confirmed or denied it.

There have been many well-sourced indications that Nutanix is buying PernixData.

Nair confirmed that Nutanix is planning an IPO in the next few months and the company will be listed on NASDAQ as NTNX. Bloomberg suggests its IPO roadshow could start in September.

Its three Indian facilities – in Bengaluru, Mumbai and Delhi – will be enlarged. There are 200 staff in the Bengaluru research and development office, which is second in size to Nutanix's HQ in San Jose, California. ®