Refurbs will cause handset vendors pain 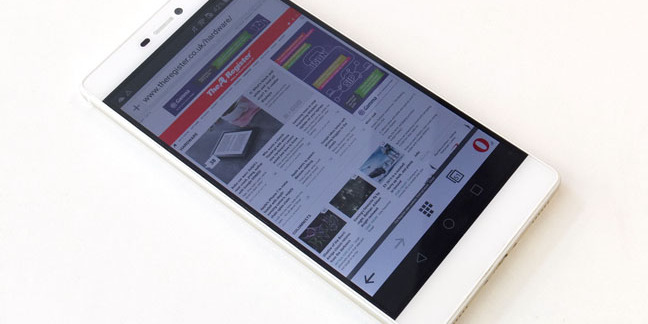 Analysis Last year Huawei launched its Honor smartphone into Western markets: a cheap and cheerful way to showcase its advantages. Over in China, the Honor was about yoof, but over here, Huawei followed the well-trodden path by lower cost Asian manufacturers for decades: sell decent tech at low prices and urge the punter to overlook the eccentricities.

With Huawei’s phones, these eccentricities were only skin deep. It wasn’t as if Huawei had wandered in from the paddy field and cloned the competition badly. The company already led the world in sales of LTE kit, and with 75,000 engineers it had the technology smarts to make a difference in key areas.

With the Honor 7, this worked really well: £249 bought you a first rate phone, with a fingerprint sensor and solid build and battery. It was perfectly timed – and priced – to catch the demand for SIM-only contracts. Huawei had a job on its hands meeting demand.

Meanwhile, Huawei reserved its own brand for the high end, with its P-series and Mate devices starting at around £400.

With the Honor 8 – and do see our hands-on report here – the waters have muddied a bit. A week after the US launch Honor launches the 8 in Europe today, and has revealed the price.

At £349 the Honor 8 is going upmarket, aiming at a pretty difficult midrange. That’s a £100, or 40 per cent, price hike over its predecessor. The Honor 8 is using design hallmarks typically synonymous with bling flagships, such as an all-glass back. Over the years, thanks to Apple and Samsung, “smudge magnet” has become synonymous with “expensive”.

What makes the Honor 8 a tricky sell at £349 is the phenomenon of mobile operators blessing the refurb market. Essentially they take last year’s model, make sure it runs OK, and offer you that as an alternative to new, or SIM-free, phones. O2 is promoting this heavily. This reflects a couple of things: the need to reduce churn, the and a bet that the British love of boasting about a bargain will do the rest.

Apple has also been doing this – perhaps secure in the knowledge that it can shift inventory while retaining a tasty margin. According to BNP Paribas, an iPhone retains 68 per cent of its value a year on, but a Galaxy only 51 per cent.

Now, according to Reuters, even Samsung is thinking of following suit. On the face of it, it looks like madness. Why would a manufacturer with falling margins want to sell you last year’s kit when it could sell you this year’s shiny new model, at twice the price?

The clue, according to Reuters' report, is that it isn’t quite what it appears to be. O2’s TV adverts for refurbs promise the device is almost as good as new. What Samsung reportedly has in mind is to ship devices that have been traded in after a year of use, and flog them India.

“Selling used phones could help Samsung fend off lower-cost Chinese rivals that have been eating into its market share, and free up some capital to invest elsewhere or boost marketing expenditure,” Reuters muses, pointing out that in India few people buy a handset for more than $90. So the Samsung – which the company has not confirmed – is a bit of a distraction.

O2’s plan is very real though, and if operators follow suit, it could create some pretty interesting market movements. Those £550 flagship handsets really need to start justifying themselves. ®