No, we haven't found liquid water on Mars, says NASA 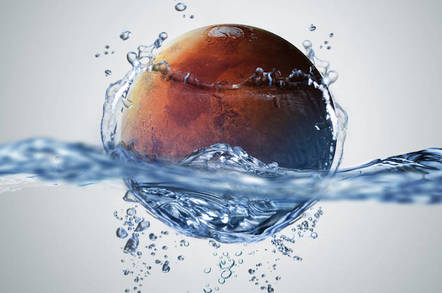 The idea that seasonal dark streaks on Mars indicate the presence of liquid water turns out to be a dry argument.

NASA last year advanced a theory that dark gullies called recurring slope lineae (RSL) that appear during the Martian summer were evidence of liquid water on Mars, albeit liquid water bonded to mix of salty compounds called “chlorates” and “percholorates”.

The key THEMIS finding is that the parts of Mars where RSLs form are at the same temperature as parts of Mars where there are no RSLs. Which rather dampens the liquid water theory, because we'd expect warmer zones to be more conducive to liquids forming and flowing.

The new data doesn't mean there's no water on Mars. THEMIS analysis is now thought to indicate “an upper limit on how much water is present at these darkened streaks: about as much as in the driest desert sands on Earth.” That's three grams of water per kilogram of soil. 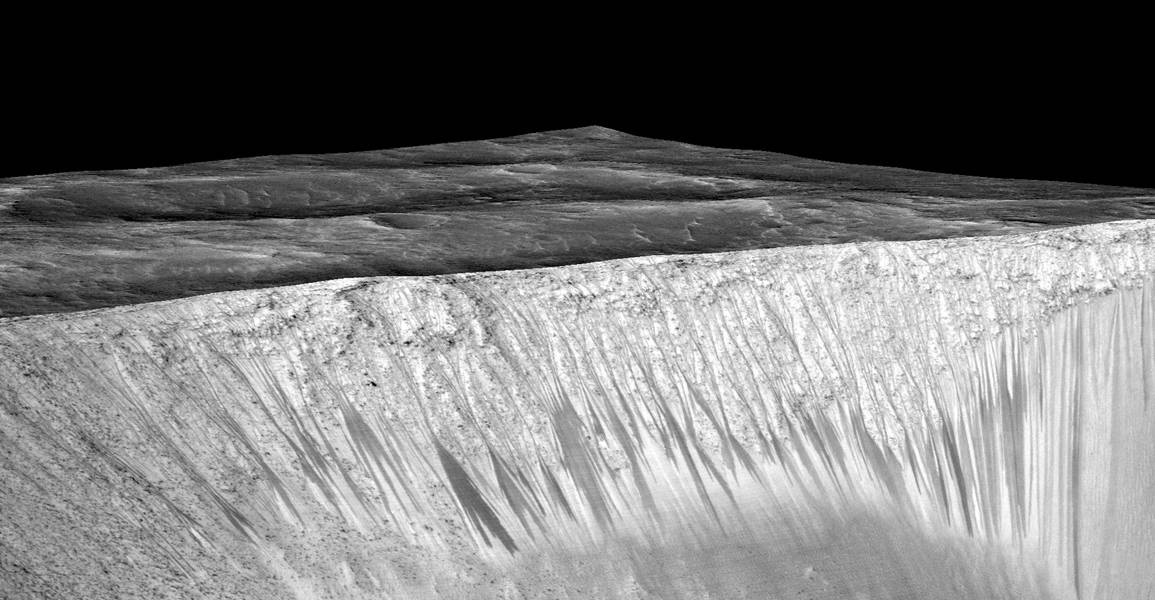 Martian gullies once thought to be the result of flowing water, but now ... well who the heck knows?

Mars boffins are therefore still confident in their theory that RSLs may have something to do with water.

Christopher Edwards of Northern Arizona University, Flagstaff, who with colleagues analysed the THEMIS data says “Our findings are consistent with the presence of hydrated salts, because you can have hydrated salt without having enough for the water to start filling pore spaces between particles.”

“Salts can become hydrated by pulling water vapor from the atmosphere, with no need for an underground source of the water.”

"Some type of water-related activity at the uphill end still might be a factor in triggering RSL, but the darkness of the ground is not associated with large amounts of water, either liquid or frozen," Edwards said. "Totally dry mechanisms for explaining RSL should not be ruled out."

So what does make RSLs? A new theory suggests “cascades of dry material with different thermal properties than the pre-existing slope material, such as would be the case with annual avalanching of powdery dust that accumulates from dusty air.” But as with so many Martian hypotheses, we need to know much, much more about the Red Planet before stating it with any certainty. ®