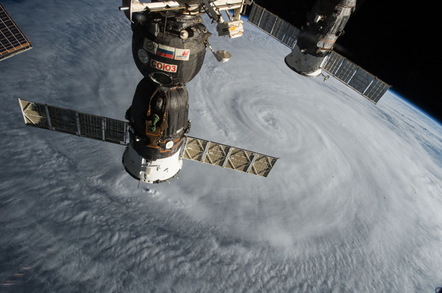 NASA has signalled its intention to offload the International Space Station (ISS) some time in the 2020s.

News of the sale appeared in the video below, at about the 14:15 mark when Bill Hill, NASA's deputy associate administrator for exploration systems development, ponders the ISS' role in future missions.

“Ultimately our desire is to hand the space station to either a commercial entity or some other commercial capability so that research can continue in low-Earth orbit. We figure that will be around the mid-20s.”

Hill and the other speakers in the video explain how NASA is preparing for a crewed Mars mission and outline how the agency is now well and truly in the market for ideas about how to get it done.

“We are going to need everybody,” he said.

An example of collaboration is NASA's engagement with SpaceX, Elon Musk's private space company that plans to replicate its trick of landing rockets for its own Mars mission. NASA doesn't have that capability, but thinks it does have smarts that can help and/or learn from SpaceX's experience as it considers its own Mars plans.

The video's full of insights into NASA's plans and thinking, all delivered by senior folks from the agency. If you can find a spare hour to watch it all, you'll emerge better-educated. And probably rather excited, too. ®