It's all fun and games till a little wizard appears 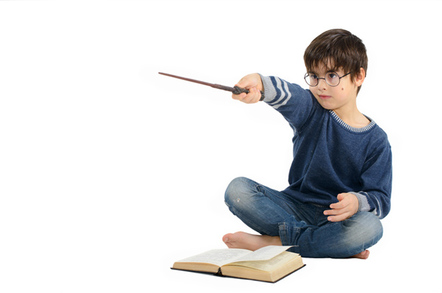 The collaboration wars are back, only – for now – they're more like a bush battle, where the hindmost are picked off first.

During the 1990s, Lotus Notes – which became IBM Notes – and Groupwise from Novell were in Microsoft’s sights.

When they weren't giving customers snippets of code – known as migration wizards – to simplify the process of shovelling inboxes and documents onto Exchange servers, Microsoft’s chiefs were driving a holy war against the competition, evangelizing sales staff to completely eliminate rivals.

You might think with the consumerisation and cloudification of the enterprise and with a – seemingly – kindler, gentler Microsoft, such battles would be history.

Microsoft is ramping up the competition against notes synchronization service Evernote, targeting users on Mac with offers of easy migration to OneNote.

It follows hot on the heels of a migration tool for Windows users, delivered in March, which Microsoft claims has sucked 71 million Evernote pages into OneNote.

Evernote is one of an ecosystem of emerging, cloud-first collaboration firms. Founded in 2007, the firm claimed in 2014 to have snagged 100 million users in five years.

Microsoft has chosen to pounce at a critical time in Evernote’s history; the latter has just recently restricted the number of devices you can sync to for free to just two.

The VC-funded Evernote is trying to close the freemium stable door, having given so much of a good thing for free that people who can pay won’t pay. Evernote has been pushing users heavily towards the Premium price plan of $69.99 per year.

Microsoft capitalized on the price and the device restriction in its announcement.

Other makers of collaboration software such as Dropbox and Box should take note. Both have integration deals with Microsoft, allowing you to edit and share docs between their repositories and Office 365 while also working on Android and Apple’s iOS.

And yet Dropbox and Box should remember that it is in Microsoft’s interests to have users of collaboration-ware anchored on its cloud. The customer, and their data, is king.

The question is: at what time will that balance shift, and Microsoft feels it has sufficient gravitational pull in cloud collaboration to break up and move on.

Right now, Microsoft seems content to leave the Box and Dropbox migrations to OneDrive to its partners and to third-party consultants.

That will change, once it senses the opportunity and timing are right.

When that happens, watch out for a little wizard. ®