President: Where we're going, there are no steering wheels 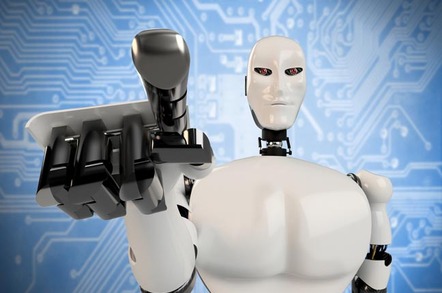 Ford has claimed that it will be mass-producing a self-driving car by 2021.

The Michigan-based multinational’s president and CEO, Mark Fields, has informed a Palo Alto audience that the business would be selling cars without steering wheels or pedals in five years' time. This, according to the Financial Times, is because Ford reckons the market of the future is in driverless taxi services.

“Vehicle autonomy could have as big an impact on society as the Ford mass assembly line had over 100 years ago,” Fields told onlookers.

Ford, which increasingly wishes to be seen as a technology company as well as a motor-maker, has invested heavily in former recently, including plunging $653m into platform-as-a-service business Pivotal to aid its software development. The FT reports that Ford has also recently acquired machine learning company SAIPS, as well as investing inVelodyne Lidar, a laser-based driverless system company, alongside Chinese firm Baidu, and has exclusively partnered with Nirenberg Neuroscience on vision processing.

While its driverless offering would potentially compete with that of Google, the motor company has teamed up with the Chocolate Factory to launch an initiative to lobby the US government to develop “clear rules of the road” for autonomous vehicles and implement them on a federal level.

Ford’s announcement that the production planned for 2021 will be of cars without steering wheels or pedals is particularly interesting considering the currently federalisation of laws on autonomous driving in the United States. In particular, California’s draft regulations [PDF] require the presence of “a driver who is capable of taking control of the vehicle when needed”.

Ford expects that it will be testing self-driving Fusion Hybrid cars on the roads in Arizona, California and Michigan later this year, while doubling the size of its recently opened Palo Alto research facility to 260 employees by the end of next year. ®

Futuristic driverless car technology to be trialled on... oh, a Ford Mondeo

Updated Driven consortium floors it on the glamour front

Cost works out at about $1m per petabyte