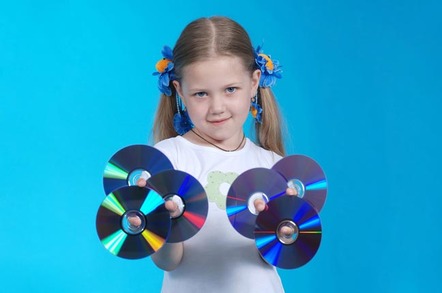 Vinyl LPs aren’t the only antiquated disc format that’s enjoying a revival. So is the almost forgotten Blu-ray disc.

Although little noticed, sales of the pricey movie disc have continued on an ever upward trend. But its popularity has been eclipsed by OTT streaming services which brought movies and TV on demand into the living room. As as a result, Blu-ray volumes failed to make up for the decline in DVD sales. But the introduction of high resolution 4K and UHD media has given sales a lift.

In its Home Entertainment Report for 2Q, the US Digital Entertainment Group says that Blu-ray disc sales in general were up 35 per cent for the quarter. Some 288,000 4K Ultra Blu-ray discs were shifted in the first half of this year. The 4K Blu-ray format was only launched last year, and only benefits from a 4K or UltraHD telly.

British trade association BASE notes that a third of all Blu-ray discs sold throughout the year are bought between October and December – typically as gifts. So it's too early to extrapolate this into a trend. However, if music is a precedent, the signs could be promising. At first, the rush to digital (legal and unlicensed) saw consumers overlook a decline in quality. But as the novelty wore off, people demanded a better quality experience - hence the rise of Sonos and vinyl.