Typical specimen is older than America 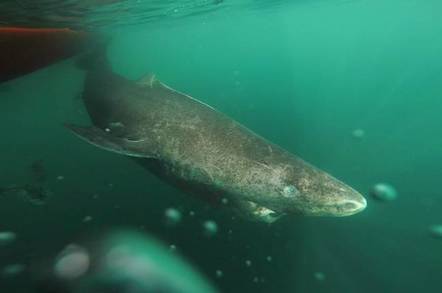 Researchers from the University of Copenhagen have overturned biological thinking with the discovery that the Greenland shark, an apex predator swimming in the Arctic Ocean, can grow to over 400 years old.

The shark, which feeds on seals, fish, and whatever else it can get its saw-like jaws into, has an exceptionally slow metabolism and grows only a centimeter or so every year. The animal has just been studied for a few years but, by using new dating techniques, the vertebrate has revealed its astonishing longevity.

"Our lifespan study is based on the carbon-14 dating of Greenland shark eye lenses. As with other vertebrates, the lenses consist of a unique type of metabolically inactive tissue," said Julius Nielsen, from the university's department of biology.

"Because the center of the lens does not change from the time of a shark's birth, it allows the tissues' chemical composition to reveal a shark's age. We use well-established radiocarbon methods, but combine them in a new way. This approach, along with the extraordinary ages for these sharks, makes this study highly unusual."

The research, published in the latest issue of Science, analyzed 28 Greenland sharks that were caught by accident between 2010 and 2013. The team found that the sharks have an average lifespan of 272 years, but one specimen was over 400 years old.

This species of shark is seldom eaten by man, since its flesh is infused with trimethylamine N-oxide, which is toxic, has a strong smell of urine, and induces effects in coordination similar to drunkenness, without the benefits. 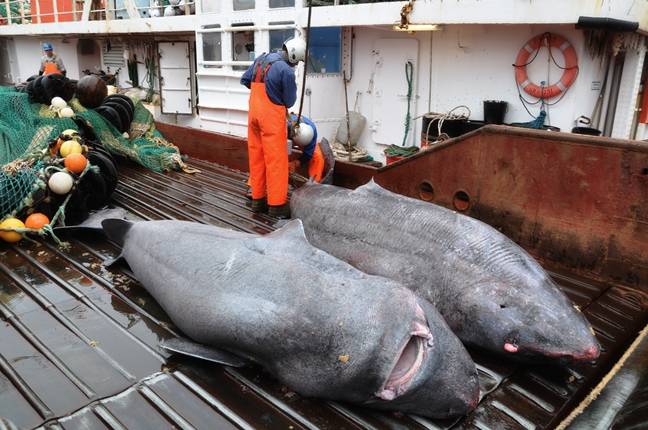 "Have you had an accident Sven? No? Must be the shark"

Nevertheless the shark is listed as threatened because it reproduces very slowly and does get caught up in fishing nets. Since the females don't reach sexual maturity until around 150 years old, the species doesn't deal well with predation.

"Greenland sharks are among the largest carnivorous sharks on the planet, and their role as an apex predator in the Arctic ecosystem is totally overlooked," said Nielsen.

"By the thousands, they accidentally end up as by-catch across the North Atlantic and I hope that our studies can help to bring a greater focus on the Greenland shark in the future." ®