This arms race will never end 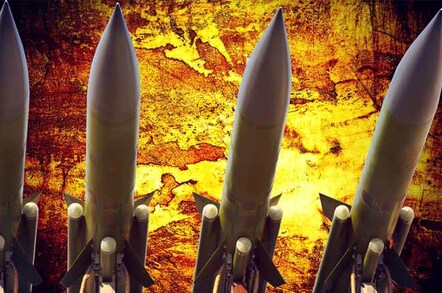 Those hoping for a quick resolution to the cat-and-mouse game between Facebook and Adblock Plus will be disappointed to know that the back-and-forth battle shows no signs of letting up.

On Tuesday, Facebook changed its desktop website so that visitors would see ads on pages even if they are running an ad-blocking plugin. It did this by making adverts appear as normal legit posts albeit with a little "sponsored" label on them, fooling anti-ad tools.

Adblock Plus responded within a few hours by distributing a workaround that filtered out Facebook's sneaky ads.

On Thursday night, Facebook updated its own site to once again circumvent the Adblock Plus block. The move was expected, since Facebook said earlier that day it would be moving to counter the Adblock Plus update, and warned the plugin would hide legit posts.

"We're disappointed that ad blocking companies are punishing people on Facebook, as these new attempts don't just block ads but also posts from friends and Pages," the House of Zuck said at the time. "Ad blockers are a blunt instrument, which is why we've instead focused on building tools like ad preferences to put control in people's hands."

That triumph was short lived: Adblock Plus said on Friday morning it had already updated its scripts to re-block the Facebook ads.

By the time of publication it is entirely possible that the two sides could have un-blocked and re-blocked one another all over again.

Facebook says it is circumventing ad blockers on its desktop page as part of an effort to overhaul its ad policies. The social network reasons that by giving users tighter control over what ads they see and what information is handed to advertisers, it can eliminate the motivation users have to run ad-blockers.

Adblock Plus, meanwhile, has called Facebook's policy of thwarting its tools as "anti-user" behavior, while Facebook has accused the blocking tool developers of trying to make money by forcing it and other publishers into paying for inclusion on their "whitelists" of permitted ads. ®