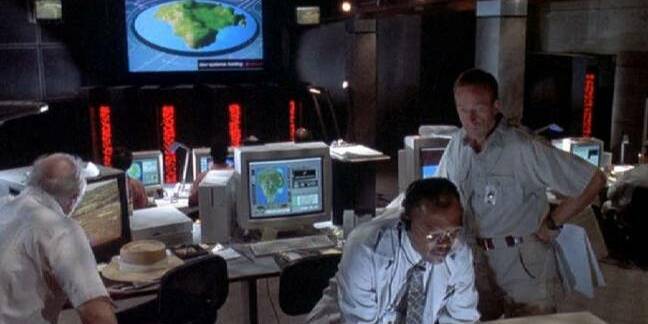 Over the past few years, SGI has concentrated on the big-iron end of the server market and high-performance computing. It's this technology that HPE wants to bolster its hardware lineup.

"At HPE, we are focused on empowering data-driven organizations," said Antonio Neri, general manager of HPE's enterprise group, on Thursday.

SGI, which made millions in the 1990s with its pioneering workstations, has been in decline for well over a decade. Its MIPS-based workstations were the darlings of the entertainment industry in particular, starring in a generation of films such as Jurassic Park – which featured SGI systems behind and in front of the camera – as well as Terminator 2, Men in Black, Forrest Gump, and so on.

SGI sold gear into other industries, too, and to the military; it came up with the 3D graphics API OpenGL, which is still used just about everywhere today; it ported UNIX System V to MIPS, calling the resulting operating system IRIX; and it was responsible for the GPU in the Nintendo 64.

After getting caught out by the rise of low-cost x86 clusters, SGI languished, and its own Intel workstations built in response were shunned by the industry. It got caught out moving to Chipzilla's ill-fated Itanium processors before shifting to Xeon parts, and went through two bankruptcy motions before being bought by Rackable Systems in 2009 for $42.5m.

"The computing power that our solutions deliver can interpret this data to give customers quicker and more actionable insights. Together, HPE and SGI will offer one of the most comprehensive suites of solutions in the industry, which can be brought to market more effectively through HPE's global reach."

Or at least, that's what both sides are hoping. HPE paid $7.75 per SGI share to acquire the company, a 30 per cent premium on its stock price at the close of the market.

"SGI, the victim of a cash cow business selling to military and the biggest companies in the world, never made a transition to PC graphics. It could have been Nvidia. Instead, it’s now a footnote," El Reg columnist and VRML co-inventor Mark Pesce blogged earlier today.

"This is a sad day, because without SGI, much of modern VR simply wouldn’t exist. They paid for a lot of pioneering research work — yes, in order to sell more systems, but nonetheless they paid for the infrastructure that people still use today – such as OpenGL – to create virtual worlds." ®