SAP has issued a baker's dozen of high, medium, and low-severity patches.

SAP does not include any detail about what flaws its patches address on its public site. 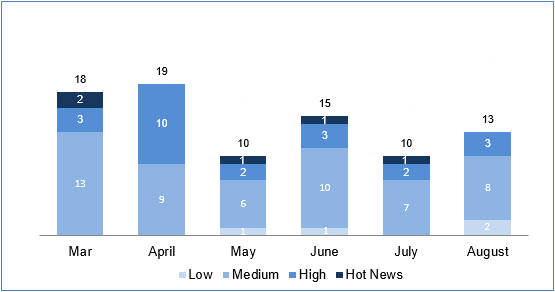 A troop of 11 unpaid security researchers were responsible for reporting this month's 13 flaws.

Notable among those are the trio of Daria Prosochkina, Mathieu Geli, and Vahagn Vardanyan, from prolific research security outfit ERPScan.

The company has reported critical vulnerabilities in SAP assets, large portions of which were thanks to user configuration errors. ®