No COLS, just LMS... it was the cloud wot done it, says insider 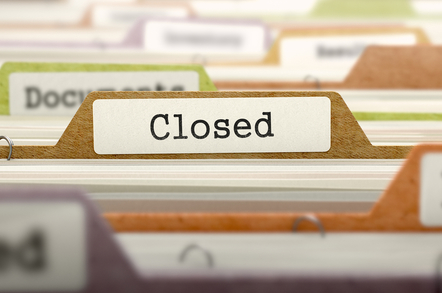 A source close to Oracle’s licensing operations has told The Reg COLS is in the process of being wound up as the company prioritises cloud sales for new hires.

The software firm is less concerned about deals that optimise customers’ use of its existing, on-premises software – rather it wants fresh deals in the cloud.

COLS in the UK is understood to have been shuttered, with staff offered positions elsewhere in Oracle, including in the License Management Services (LMS) team.

Operations in Europe are taking longer to dissolve due to local labour laws, but are expected to be done by the start of November.

COLS employs around 50 people in the UK and 100 across the EMEA. The unit is part of Oracle sales and conducted reviews of Oracle customers’ software consumption.

COLS was created some years ago at a time when LMS, Oracle’s official audit operation, was deemed to be under-performing.

Technically, COLS did not conduct reviews of customers’ Oracle licences – that was, and remains, the remit of LMS.

An extension of sales, COLS did have the power to cut deals – taking up to half off the price of software if customers were found to owe more at the end of a review.

LMS, on the other hand, conducts compliance reviews and audits and does not have the power to offer discounts.

Despite this, Oracle customers faced with large non-compliance bills have seen them cut in return for taking other products or services from Oracle.

The Reg source said the closure of COLS was not a surprise. He reckoned claims of customers’ licence compliance were of a “higher quality” and “more factual” at LMS than at COLS.

“We’ve seen a lot of competing claims from COLS not based on facts but based on assumptions,” he said.

That, potentially, is good news for Oracle customers. But beware.

Our source added: “LMS auditors do make mistakes so customers should do their own due diligence before making any claim.”

LMS has seen a wave of new hires as it has consolidated operations in Romania in recent years – with experienced, older hands leaving the firm.

That move has seen an exodus of detailed knowledge of customers’ software estates and the full and complex Oracle catalogue.

The Reg knows of a customer whom LMS claimed owed millions of dollars for its use of Oracle's software which managed to successfully get that reduced to just over a few thousand. The original figure had been based on a misunderstanding by LMS reps of the customer’s use and of the licence itself.

Oracle was unable to comment at time of writing. We'll update this story when/ if we hear back from the firm. ®