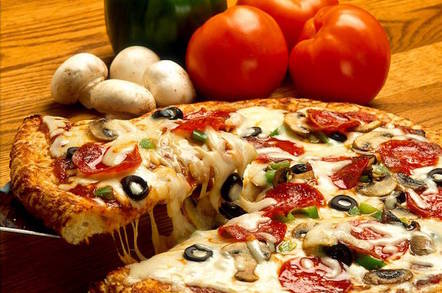 Italian vegetarians and vegans face fines and imprisonment if they attempt to foist their meat and dairy-dodging habits to their offspring, should an Italian politician get her way.

Elvira Savino is pushing a bill in Italy’s lower house which would make it a criminal offence to impose a “diet lacking in essential elements for healthy and balanced growth of the minor.”

The MP said vegan or vegetarian diets were “deficient in zinc, haeme-type iron, vitamin D, vitamin B-12 and omega-3.”

Nothing that a healthy dose of formaggio, latte, anchovies, acciughe, manza and a bit of running around in the Sun can’t help.

Yes, we know that there is nothing to stop vegans and vegetarians running around in the sun, but we’re guessing Savino would assume they’re too weak and wan from lack of essential elements to pull themselves off their organic seagrass sofas.

Savino is a member of the populist Forza Italia party, and in Italy few topics are as popular as food – well, Italian food, anyway. Combine that with a poke at what Savino describes as “radicalised” parents pushing “ideological excesses” when it comes to food, and you’ve got an excellent distraction from dreary topics like the state of the banks, the refugee crisis, accusations of endemic corruption, and the future of the European Union.

Misguided parents who fail to boost their bambini with a diet like what nonna used to make face a year inside for imposing “reckless or dangerous” diets on their children, with the penalty jacked up to between two and half and four years “if the child suffers illness or a permanent bodily injury.”

In the event of death, the parent faces four to six years inside. There’s no mention of whether the designated porridge should itself be lactose and meat free, but it would seem that barring religious or medical issues, you get what you’re given in il chokey Italia.

Savino’s bill has been prompted by recent cases of children turning up at hospitals extremely poorly, only for the cause to be fingered as parents with a dangerous passion for quinoa and flax seeds instead of Carne Pizzaiola and a delicious hunk of Gorgonzola.

In Genoa, a two year old ended up in intensive care due to B12 deficiency after their vegan parents subjected them to an animal product free diet. In Australia this week, a mother was given a suspended sentence after breastfeeding her son while following a water-only diet on the advice of a naturopath. ®