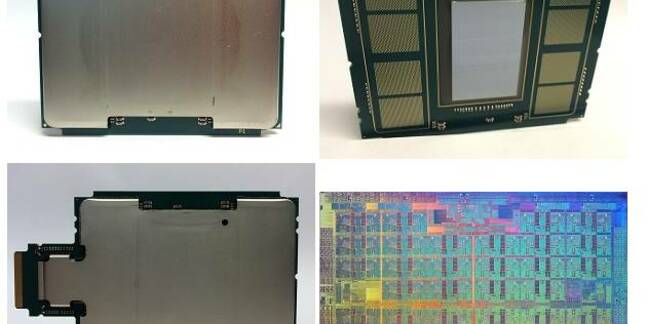 Russian researchers working with an Intel supercomputer have put its Knights Landing hardware through its paces, and are pleased with what they've found.

The boffins reckon the many-cored hot rod more than doubled their plasma simulation performance with nothing more than a simple recompile. Here's what they had to say at Arxiv:

A straightforward rebuilding of the code yields a 2.43 x speedup compared to the previous Knights Corner generation. Further code optimization results in an additional 1.89 x speedup.

The researchers explain that they chose a particular plasma simulation, “particle in cell” because it's a well-studied problem on many-core architectures.

The researchers used their own plasma simulation code, called PICADOR, with help from Intel's Zakhar Matveev. For HPC-and-plasma-physics nerds, the config used for the benchmark was a frozen plasma problem in 40 x 40 x 40 grid with 50 particles per cell, over 1,000 time steps. This, they write, provides a good baseline because it can be solved on a single CPU.

Apart from the headline results, the benchmark produced interesting side-results. For example, the performance boost maxed out when the code ran on eight processes, 34 OpenMP threads per process: “further increasing the number of processes results in performance degradation”.

The full paper is at Arxiv. ®