Boffins clueless about cause 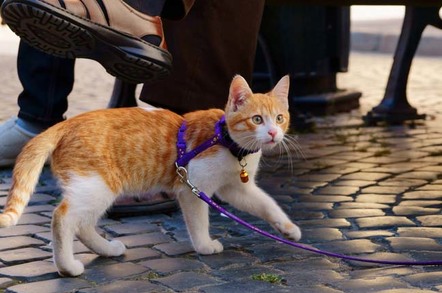 We might have thought that the long-term dimming of “alien megastructure” star, Tabby's Star, had been put to rest as a calibration error, but boffins now reckon its mysterious dimming can be seen in Kepler data.

That, the boffins who checked back four years' worth of observations from the Kepler mission, puts the dimming of KIK 8462852 firmly back in the category of “cosmic mystery”: “No known or proposed stellar phenomena can fully explain all aspects of the observed light curve”, the group from Caltech Pasadena and the Harvard-Smithsonian Center for Astrophysics say.

To start at the start: it was Kepler that first created the mystery by spotting an unexpected twinkle in the star's images. That led to boring explanations about a thick cloud of asteroids circling the star (which doesn't quite work), and the more exotic theory that someone's building a Dyson sphere (a hypothetical sun-girdling structure to harness all of a star's energy) around it.

The mystery deepened when a second study turned up a long-term dimming of KIK 8462852 – but in May, a team led by Vanderbilt's Michael Lund said that was just an artefact of instrument calibration.

We predicted that there'd be a riposte, and here it is (PDF): Benjamin Montet and Joshua Simon say their analysis of 53 Kepler observations shows a more-or-less linear 0.341 per cent annual dimming rate.

The data was collected over the first four years of Kepler's mission, and that posed a problem, because it meant getting data that Kepler was designed to ignore.

“Absolute photometry or long time-baseline photometry with typical Kepler data is difficult. Since Kepler was designed to detect and characterise events with timescales of minutes to hours, conventional pipelines to process Kepler photometry (including the official Kepler data processing pipeline) treat low frequency signals as spacecraft systematics and remove them,” the paper states.

However, Kepler also took full-frame images (FFIs) at the rate of one a month through that mission, and it's those images that Montet and Simon analysed.

Their result agrees somewhat with the briefly debunked long-term dimming hypothesis. In detail, Montet and Simon found a 1,000-day dimming corresponding to 0.341 per cent per year; then, over the next 200 days, the star lost an astonishing two per cent of its brightness, before spending another 200 days displaying fairly constant dimming.

Speaking to Astronomy Now, Montet called the whole thing “really weird”, explaining that there seem to be three timescales at which Tabby's star's flux changes: “There are the short events lasting a few days that were originally discovered by Boyajian’s group. Then there’s a very long term dimming that lasts for at least three years and might last for a century, and then there’s an intermediate effect that lasts for at least six months”, he says. ®

Kepler finds three Earth-sized exoplanets, but they're too hot to handle

Upside: the kettle will always be ready. Downside: forget living on the surface

NASA's Kepler probe rouses from its slumber, up and running again