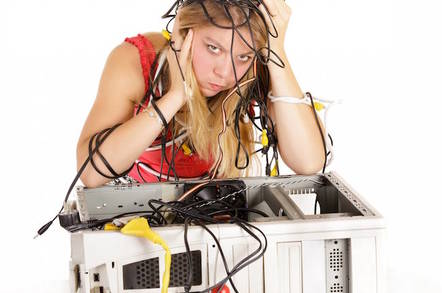 Users are reporting that upgrading to the Windows 10 Anniversary Update renders their PCs unusable.

A lengthy Reddit thread explains the problem: the Anniversary Update installs just fine, but when users re-start their PCs after the upgrade … nothing happens.

Users report that their PCs simply hang on restart, sometimes losing even the ability to accept input from mice and keyboards and sometimes frustrating users by allowing input but not responding.

Some in the thread report that disabling Secure Boot removes the problem, others describe more elaborate workarounds.

Microsoft, for its part, has advised those in the thread to do a clean install of Windows and pointed those afflicted to USB media creation tools in order to facilitate that action.

@onemoar 1/2 We need to do a clean install of Windows 10 Anniversary Update.

Some users, however, have reported that even that measure isn't working.

One method that restores PCs to a useful state is to roll back to a previous version of Windows, which probably isn't what users want seeing as they're trying to upgrade! And no use at all for those who may have done complete wipes of their machines. ®