Durham Uni-based adventurers given gold* for their efforts 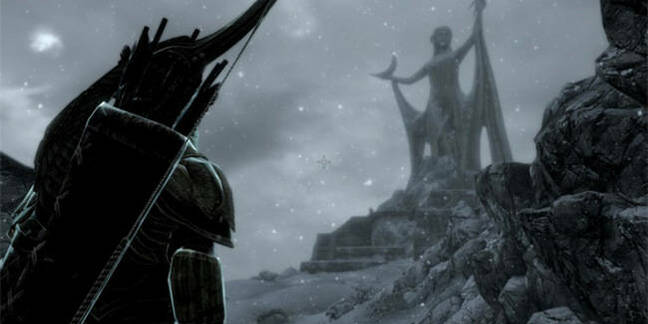 Durham University quantum physicists have been funded to run a Skyrmion Project involving other British universities, which, among other aims, could mean less electricity was needed to power the world.

Skyrmions, predicted by physicist Tony Skyrme in 1962, are nanoscale swirling, whirlpool-like patterns in a magnetic field. They exist as a quantum mechanical state of matter and were discovered in magnetic materials in a 2009 experiment.

The magnetic moments in such skyrmions point in different directions in a self-organised vortex, and their state is robust.

A skyrmion is a quantum superposition of baryons and resonance states. Baryons are subatomic particles aggregated from three quarks; s hadron-type particle. In fact, the protons and neutrons that help make up atoms are baryons while electrons are not. For example, a proton is composed of two up quarks and one down quark.

Read up about skyrmions here (PDF).

The skyrmion is a topological object and is involved in spintronics, the study of an electron’s spin - up or down, its charge and its magnetic moment in solid-state devices. Spins can be manipulated by magnetic and electrical fields. A vertically alternating spin configuration can represent one binary value with a horizontally alternating one representing a second binary value. 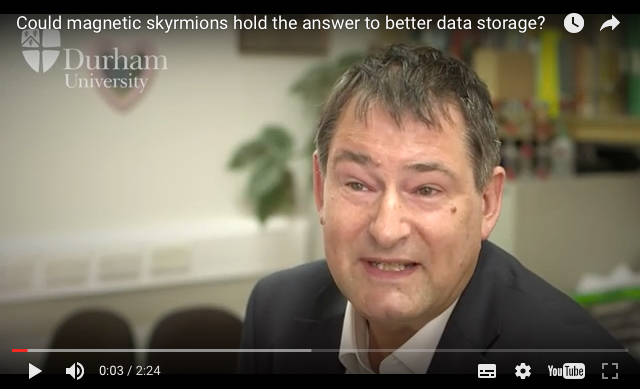 Skyrmions are two-dimensional "objects", magnetic moments swirling around, and as small as 1nm. Consider a 2D-disk concept with a skyrmion’s positive north-pole spin mapped onto its edge circle while the negative south-pole spin is mapped into the centre of the disk.

Individual skyrmions are weakly coupled to each other and to the atoms in the medium in which they exist. Strong forces are needed to set magnetic fields into a skyrmion pattern. 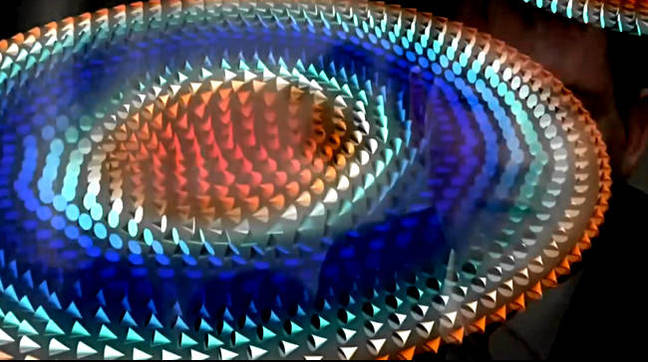 It does not require much energy to change their state: much less energy, for example, than you'd need to change the state of bits in a disk drive’s recording medium, potentially 100,000 times less.

As skyrmions can be packed closer together than disk drive bits and are smaller, they are being investigated as a potential future data storage technology. The area of science that researches skyrmions is called topological physics.

The research team is headed by Professor Peter Hatton from the Department of Physics at Durham University, and he says: “Skyrmionic devices could be much smaller; they could run on much lower energy, they could generate much less heat, and use much less electricity in the world.”

The project team will look at developing materials in which skyrmions can exist, look at their fundamental physics, improve our ability to detect and monitor them, and then aim to engineer a device in which skyrmions will be used to store data.

Hatton said his project's scientists will work closely with industry partners and align their scientific programme with the engineering and commercial realities of modern-day information technologies. ®

* We figured we'd spare you the arrow to the knee joke. You're welcome.