150GB of patient, internal files stolen? You gotta be kidney me – no, urine for a shock 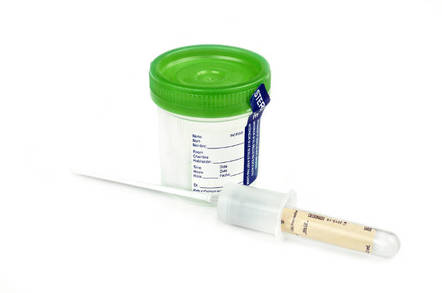 A medical group in Ohio has confirmed it was ransacked by miscreants who leaked hundreds of thousands of medical files, financial documents and patient records – but offered little else in the way of an explanation.

The Central Ohio Urology Group told The Register it is still working with investigators and IT security experts to get the full scope of a staggering database security breach it suffered at the hands of Ukrainian hackers.

The hacking group, known as Pravvy Sector, said earlier this week it had broken into the servers of the medical group's laboratory in July, pulling 156GB of files out of compromised document management system – including internal spreadsheets, patients' test results and people's highly sensitive personal information.

Pravvy Sector, which otherwise focuses on political issues in the Ukraine and Eastern Europe regions, did not give a reason for the attack.

The information has since been verified and the Central Ohio Urology Group has admitted an attack took place. The group, which operates 20 clinics in and around the Columbus area, said that it will notify patients individually as to what data had been stolen in the assault.

"Our patients' health, safety and security is always our priority, and I want to personally apologize to all of our patients for what has happened," Central Ohio Urology Group CEO Tino Valentino said in a statement.

"We understand that our patients trust us to keep their information secure. We are actively working to address this incident, and to do everything we can to help prevent this from happening again."

Residents, meanwhile, have told journalists they are still in the dark as to what personal details and medical records have been stolen. The Columbus Dispatch reports that two victims it spoke with only learned of the hack through the media, while WBNS reached out to a patient who said "at a minimum, they know that some information has been released of mine and they've chosen not to contact me because they don't know how much."

The Central Ohio Urology Group says it will take several weeks before its investigation will be complete and the full scope of the incident known. ®