Both stubbornly refusing to confirm acquisition of engineering talent 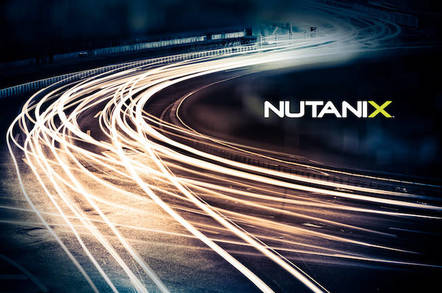 Analysis Amid mounting evidence that Nutanix has bought PernixData, both companies are still keeping their lips firmly and officially sealed.

Pernix insiders and several well-placed industry sources have now confirmed the acquisition privately to The Register.

Separately, Dan Edson – senior director of marketing operations, automation and demand generation at PernixData – updated his LinkedIn page to read, at one point, "PernixData (Acquired by Nutanix)." That admission has since been scrubbed from his profile. Edson is still at Pernix.

Meanwhile, ex-Pernix CTO Frank Denneman told us Nutanix has bought the company. We have also learned Denneman was not the only leaver.

Here's what we know of the PernixData sales and marketing staff exodus:

At this point we stopped looking for any more Pernix leavers.

We understand this transfer of ownership has not been a profitable transaction. It is not a good financial outcome for Pernix. Its FVP product was followed up with an abortive all-flash array project and the development of its Architect software. At this point the management had to ask itself: could they continue their VC-funded path, go public, or become part of some other organization?

It became clear in these days of hardening VC attitudes and difficult storage startup IPOs – witness Nutanix's own delayed stock market debut – that neither an IPO nor continuing along the VC-funded path was viable. Pernix, regrettably, had to become part of some other business, and so a deal is being worked out with Nutanix.

One reason for that is there is synergy between Pernix and Nutanix technology. There is evidence that Nutanix's controller software is accelerated by PernixData's FVP hypervisor-caching product.

Nutanix really likes data locality. Picture one Nutanix Controller VM node – a CVM – accessing its own SSDs with FVP sharing the IO across nodes kinda like ScaleIO or HyperFlex. Nutanix may need to pivot away from data locality to keep up with the next-generation hyper-converged infrastructure products, though.

The development of next-gen HCI systems is exemplified by HPE's pivot from its four-in-one Hyper Converged 250 hardware to the 2U rack-mounted 380. Meanwhile, Dell – a Nutanix software OEM – has one four-in-one config – the 6320 – and multiple server-based XC configs, aka the 630 and 730.

It's expected that we may move towards having low-end HCI and high-end HCI, just as we had low-end SAN and high-end SAN. Think VSAN and ScaleIO, aka VxRail and VxRack. Seen though this lens, PernixData FVP tech gives Nutanix a pathway to second-generation HCI.

Storage architecture guru Chris Evans touched on this in his comment piece this week.

We asked Nutanix and PernixData executives to confirm the acquisition. A Nutanix spokesperson said: "Nutanix doesn't comment on rumors."

This is against a background of eight independent and credible sources confirming a deal is being done, and at least 15 people leaving Pernix, including the VPs for channels and marketing.

Just rip up the NDA, folks. Everyone knows now. ®