Ready for the Internet of Things big data firehose?

Sipping gently, if you can... 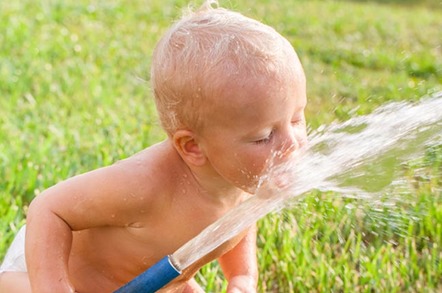 Today’s cities, transportation networks and even theme parks are filling up with wireless sensors designed to sniff, hear and feel what’s going on in their environment. They’re generating an unprecedented amount of data on everything from temperature to rainfall, vibration and location, and they’re sending it all back to central systems that are supposed to do smart things with it.

What smart things would those be, exactly? Here, we look at five projects that have combined sensors and data to produce actionable insights. Some of the insights are life-saving. Some are entertainment-enhancing. Some of them seem downright creepy. But make no mistake: they’re just the tip of the iceberg.

Real ‘edge of the seat’ moments

Throughout history, artistic movie endings have been choked to death by test audiences. There were no happy endings in the working print of Blade Runner, 28 Days Later, or Pretty Woman, but that all changed thanks to the opinion of some carefully-chosen folks in a dark room. Now, studios are using sensors and real time wireless feedback to tie those opinions to real data.

The Revenant was screened to test audiences wearing sensors that measured heart rate, skin moisture, electromagnetic variations in the skin, and movement. It even listened for gasps of shock.

20th Century Fox analysed the data from the sensors, detecting 14 moments when their heart rate collectively went off the charts, that it then used to check if the editing was on target. The benefit of wearable sensors is that they’re less prone to muddying. Audiences often influence each others’ impression of the movie by chatting about it before they fill in surveys, as it turns out. They also don’t take the audience out of the movie, in the same way that turning a dial during the movie does.

The data is gathered by bioanalytics firm Lightwave, which used it to infer emotions at various points in the film. The data was beamed wirelessly back to a central collection point in real time, so that movie execs could tell what was happening. The sensors also found 15 fight-or-flight response moments, apparently, which had nothing to do with people fighting over the popcorn.

Wearable IoT sensors in entertainment settings seems to be a thing. Disney is starting to use the systems, too, linked to big data analysis at the back end to crunch the numbers on its wandering revenue maximization opportunities happy customers.

Take the family to Walt Disney World and you’ll all be given the chance to wear voluntary MagicBands. These surveillance units personal fun devices give you special privileges such as pre-booking rides, jumping queues, and having adult men dressed as animals call your children by their first names without being introduced.

While providing the family with a fun an exciting experience, the bugband also feeds back your every move to the Mouse. It functions as a room key, credit card, park ticket and FastPass access card in one, which creates an awful lot of data. By looking at where people are going, the firm can at the very least analyze in-park traffic flow, and understand which demographics are attracted to which activities and products. What rides did you queue longest for? Did you buy candyfloss today? Why not, little Johnny? Goofy’s watching! Hyuk hyuk, hyuk.

The bands are opt-in at the moment, and so is the data feedback, so you don’t have to show up on Disney’s radar. Citizens refusing to wear the band will not be reassigned to a mandatory re-education session in a small, dark room behind the Astro Orbiter, we are assured.

UPS spends $1 billion a year optimizing its routes and tracking its drivers [http://www.theregister.co.uk/2014/06/18/feature_logistics_travelling_salesman_problem/]using a heady mix of big data and truck-based sensors. The idea is to try and reduce its fuel usage as much as possible while getting parcels to customers as quickly as it can.

The company puts GPS sensors in his trucks, but also monitors the engines for parameters including speed and the number of stops that they make. This enables it to calculate mileage and helps to drive down cost by optimizing its drivers’ routes. Other telematics senses enabled it to tell how long vehicles were left idling, and whether drivers were wearing seatbelts, it said.

The combination of sensors and number crunching also enables the firm to introduce other innovations like ‘My Choice’, an online service that lets customers adjust delivery timing and location on the fly.

Now, the logistics giant is upping the ante with a project called ORION. First conceived in 2000, and then initially tested in 2008, it takes the sensor data and runs it through a big data wringer to optimize routes even more efficiently with around 80 pages of math formulas that helps it to constantly try and solve the travelling salesman problem at a neighbourhood level.

The firm solves tens of thousands of individual route optimizations a minute, which isn’t bad if you believe its claim that there are more variations on a single delivery route then there are nanoseconds in the Earth’s history.

UPS started using the system in anger in 2013, deploying it on 10,000 UPS routes, and had pushed that to 45% of its US routes the following year. It is on track to roll ORION out to nearly all of the 55,000 routes in North America by next year.

ORION will save up to $50m if it can save one mile per driver per year, its CIO Dave Barnes has said. The truck-based sensors also enable the company to check on drivers and see if they are backing up trucks too often or doing too many U-turns, in which case perhaps they can be sent for a re-education session too.

Landslides and floods devastated Rio in 2010, killing over 300. The mayor, Eduardo Paes, vowed never to let it happen again and set to work on a ‘smart city’ [http://www.nytimes.com/2012/03/04/business/ibm-takes-smarter-cities-concept-to-rio-de-janeiro.html?_r=0] system to help understand conditions in its streets. The city worked with IBM to collect information from sensors dotted around the city. Rain gauges were particularly important, and were placed at major intersections to determine the water levels there. Other devices included radar sensors and GPS units on buses.

All of this information is reported back to a central operations centre designed to help plan operations in the city and co-ordinate responses to disasters. It is combined with unstructured social media information, along with data from the private and public sectors relevant to crisis and risk management. This includes databases, images, transit mapping and utility provider data. All in all, there are at least 250 layers of information, say city officials.

Using this information, the city can correlate with the radar data with rainfall information to assess areas of risk of flooding and take pre-emptive action by warning people in their homes. It can manage traffic flow more effectively and coordinate large crowds during major events – including the forthcoming Olympic Games.

Canadian power company BC Hydro has been upgrading its electricity meters to smart units as part of a $939 million modernization project that it started in 2007. It began ripping and replacing the meters [https://www.bchydro.com/news/conservation/2011/smart_meters_energy_theft.html in 2011], prompted in part by an estimated $100 million annual loss in revenue due to unauthorized use of its energy. 99% of customers now have one, it is said, totaling 1.9 million new meters installed.

The meters collect data on electricity usage hourly, collating it and sending it to an intermediary data collection device three times daily. That data is aggregated on a neighbourhood basis and sent back to the company’s servers. At the back end, it uses a Pivotal Greenplum database and Hadoop distribution. It is crunched on a Hadoop cluster, which analyses it to see who might be illegally tapping into the energy grid. BC Hydro has also highlighted other cost-cutting effects. It believes that 97 per cent of customers with smart meters are getting their bills automatically, cutting costs by eliminating the need for people to manually read the meters. Not everyone is happy with the situation, though. Public records recently showed that the government-owned utility needed to remove 88,000 smart meters because they don’t work properly. It has countered criticisms that the smart meters it has installed – won’t survive their 20-year projected lifespan.