VMworld 2016: What happens in Vegas ... could be just a desert trip

But very likely we'll cop an eyeful of VMware goodies 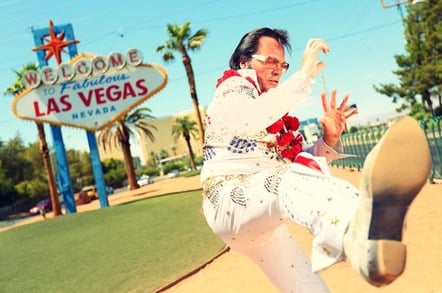 Sysadmin Blog VMworld 2016 is just around the corner. While some are giving VMworld a pass in 2016, things are looking up from earlier this year. If you don't mind Vegas in the summer, it might be worth your while.

VMworld's return to Vegas marks something of a turning point for VMware. Over the past several years VMware has seemed to be in decline; it has made mistake after mistake, thrown resources at the wrong areas, alienated customers and ecosystem partners all while competitors have gone from strength to strength. VMware doesn't have any more chances; it either delivers a whole lot of wow at VMworld 2016 or fades away into the background.

We know that the next version of vSphere (6.5?) to be launched at VMworld will drop compatibility with the classic C# vSphere client, making it reliant on a combination of the unpopular Flash/Flex client and the unfinished HTML5 client. While new versions of many VMware products are emerging, the releases are still staggered to the point of haphazard and VMware has yet to achieve anything resembling management interface unity.

VMware and its various employees have made much of the decreasing percentage of revenues that standalone vSphere licences account for. This is great news for shareholders and the long term viability of VMware, but the level of glee with which it is frequently discussed has caused some discomfit amongst administrators reliant on vSphere.

Nothing to fear but Microsoft itself

Administrators fear VMware's focus is shifting away from its roots, with some blaming the product diversity push for a perceived rash of high-profile bugs and stability issues with the 6.0 version of ESXi and its associated vSphere management suite. While the discontent may be confined to a minority, they are increasingly vocal and they feel VMware is taking "vSphere only" customers for granted.

Depending on how VMware plays things at VMworld, the grumbles and gripes could be the sort of irrelevant background noise levied at any major vendor, or they could evolve into significant pushes towards competing platforms. Microsoft's Azure Stack should not be dismissed lightly, and despite all the FUD thrown around, both vendor-backed KVM hyperconverged solutions and commercial Openstack are becoming real threats.

Well, VSAN can pick and choose

VMware has also done great things with VSAN. When it first rolled out, VSAN was something of a joke; it lacked critical features, was buggy, picky and backed by a tone deaf marketing approach. Since then, VSAN has grown up. It isn't exactly feature complete, but it's close enough for jazz, and farther along than many of its competitors.

The VSAN of today is solid. The bugs are (mostly) gone. VSAN is still picky about the hardware it chooses to work with, but the marketing has evolved from completely tone deaf to merely elitist. That's positive change.

VMware also has a lot of good R&D going on in the background. There are numerous projects on the go, most so secretive even other VMware employees aren't supposed to know about them. This is where VMware has an opportunity to shine.

Like other large vendors, it has splintered into fiefdoms, with each would-be lordling protecting his or her empire. When combined with a properly managed esprit de corps, this sort of interservice rivalry can be a good thing – driving each unit to peak achievement. It can also cause problems.

VMware's primary problem is that is looks chaotic to the outside world. This is very, very bad when sandwiched between the twin hammers of an industry-wide move of mainstream workloads to cloud computing and the uncertainty of the Dell/EMC merger.

VMware needs to exit VMworld 2016 showing that it has a plan. A plan to tackle Amazon. A plan to bring new and great technologies to market. A plan to resolve extant issues with their products, some of which are getting rather long in the tooth.

Above all, VMware needs to show that it has a plan to deliver more value for the same dollar tomorrow than it does today, and to make the lives of its customers easier along the way. That's what IT is about, and VMware's all out of "trust us, the best is yet to come" chances.

If rumours are true, VMware has the tech to astound. Does it have the roadmap to comfort and the chutzpah to commit to it publicly? VMworld 2016 starts August 28 – we'll find out then. ®