History of the World in 100 Objects show gains 101st artefact 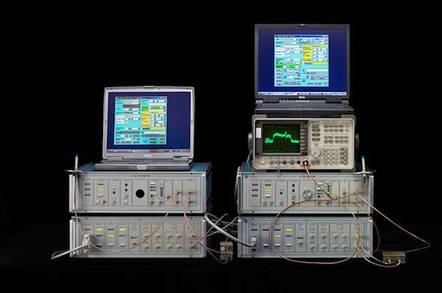 The NMA will shortly host an exhibition titled A History of the World in 100 Objects featuring a variety of artefacts from the British Museum and other institutions, and chose to add an Australian object.

The museum chose the prototype wireless LAN that boffins from Australia's Commonwealth Scientific and Industrial Research Organisation (CSIRO) built in 1992. CSIRO boffins developed the maths, and technology, underpinning Wi-Fi based in part on observations of black holes and pulsars. That research was conducted by the CSIRO's radiophysics and radio astronomy teams, making the invention of Wi-Fi an oft-cited case study of how “pure” research for its own sake can create immensely valuable spin-offs.

The kit, depicted above (or here for readers on mobile devices), achieved 50 megabits per second comms.

NMA senior curator Dr Michael Pickering said the WLAN invention is a fitting 101st object in the exhibition because it revolutionised the way people all over the world communicate.

NMA senior curator doctor Michael Pickering said Wi-Fi's modern ubiquity made the CSIRO kit a fine choice for inclusion as the 101st artefact, as it demonstrates how Australian innovation has made global impacts. ®