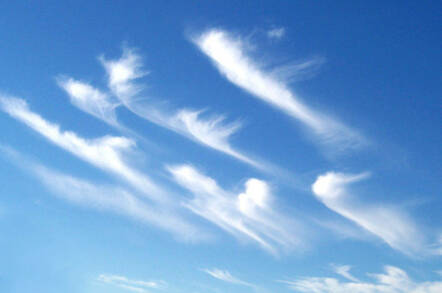 Changes in the corporate weather at Hitachi

Domme became HDS CEO in 2010, after becoming HDS's COO in 2008. HDS was the storage-selling arm of Hitachi outside Japan, and Domme spearheaded its transformation into an IT systems supplier with enhanced influence and responsibilities inside Hitachi's corporate organisation. He joined Hitachi in 2003.

Previously he was VP of Product and Sales Engineering at StorageNetworks. He was also CTO and VP of Engineering at Mobilize, and spent 13 years at HP.

Domme successfully bridged American and Japanese corporate cultures. Hitachi made him its first American corporate officer in 2013. In February last year he was promoted to be CEO for Hitachi's Americas business in an example of Hitachi's autonomous decentralized global management. It is rare for a Japanese corporation to promote an American business manager so highly.

In March this year he became responsible for all of Hitachi's Social Innovation business in the Americas, primarily focusing on the Internet of Things (IoT) and the development of smart cities. Social Innovation is Hitachi's umbrella term for its corporate IOT and Smart Cities focus, encompassing Big Data and similar activities.

Hitachi said that in order to focus on his new role he would leave his position as HDS CEO. His corporate reporting structure and roles were complicated: "Domme has been named chairman and CEO and a member of the Board of Hitachi Information and Telecommunications Systems Global Holdings Corporation (HIGH). In this role, he will be responsible for enhancing collaboration between Hitachi Consulting (HCC), Hitachi Data Systems (HDS), and other Hitachi Group companies in supporting the achievement of the Hitachi Social Innovation strategy for the Americas region and beyond. He will continue as Vice President and Executive Officer of Hitachi, Ltd., as well as Chief Executive of the Americas."

At the time Domme's canned quote said: "I am very excited and humbled by the opportunity to help lead Hitachi through this next major transformation." The excitement didn't last long as, four months later, he has decided to resign. Perhaps it was all a gentle and ceremonial easing out.

A Hu Yoshida blog provides more background information, and includes this thought: "I speak for all my colleagues at HDS in thanking Jack for his many contributions to HDS that have brought us to where we are today and positions us for an even greater future."

Ryuichi Otsuki has been an HDS board member since 2009 and a general manager of Hitachi's Social Innovation Promotion Division. Check out his Hitachi bio here.

Domme managed the delicate balancing act of being an American business cheerleader and evangelist inside Hitachi, extending HDS's influence, expertise and responsibilities whilst growing the business. The change to a more traditional CEO, in a Japanese corporate sense, will be watched attentively. ®