Claims it has has tenants waiting to fill big slabs of bit barns, if lizards allow it 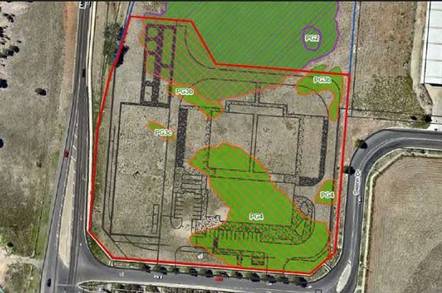 Exclusive A startup data centre builder/operator called AirTrunk has applied to build a substantial data centre on the fringes of Melbourne.

AirTrunk outed itself to financial press a couple of weeks ago, claiming it has plans for bit barns in Sydney, Melbourne, Singapore and Hong Kong, a tenant ready to rent substantial space, perhaps even whole halls, and the prospect of attracting US$1.7bn in investment to make it all happen. The company has also said it's approach to building data centres reduces the complexity of electrical infrastructure and therefore saves both construction and operational costs.

The Register approached AirTrunk for comment on its plans, but were told its statements to financial press are all it has to say for now.

We have, however, been able to find a filing (PDF) with Australia's Environment Department in which Air Trunk describes a planned data centre at 210 Swann Drive, a 45,000m2 parcel of land in an industrial zone of the Melbourne suburb of Derrimut. That filing says the facility will have “two x two storey data halls and one x three storey tech space”. The bulk of the filing argues that while the endangered Golden Sun Moth, Striped Legless Lizard and Grey-Headed Flying-fox are known to inhabit nearby areas, the data centre won't destroy significant habitat for any of the species.

When we asked if the environmental approval is proceeding to the company's satisfaction, an AirTrunk official told us the company “found a place that is free of shit.”

The filing was dated May 2016 and was published in Australia's government Gazette in June 2016. Another Air Trunk executive told The Register it remains confident of being able to break ground on the site in August 2016 and has “secured more than one site in Melbourne and Sydney”.

It therefore looks like Australia and Asia have a new data centre player, albeit a slightly secretive one.

Which leaves the question of who needs bit barn space down under and in Asia?

It's known that Google is building a second data centre in Singapore, despite it not yet operating a compute region for Asia other than its Taiwan-based Asia East. Taiwan's a geo-political hot spot so it would be surprising if Google is not looking at alternatives and a larger Asian footprint. The company did not respond to our requests for information on any relationship with AirTrunk. Nor has AWS, which is known to partner with Equinix, but may be unhappy given a recent outage.

SoftLayer has its own sheds in the region already as does Microsoft, through partners . Dimension Data and the NTT group already have partners. Which leaves Aliyun, Digital Ocean, Facebook and - help us out readers – as likely tenants for whole halls of multiple data centres across Asia. ®