Because getting someone else's keystrokes is just fine 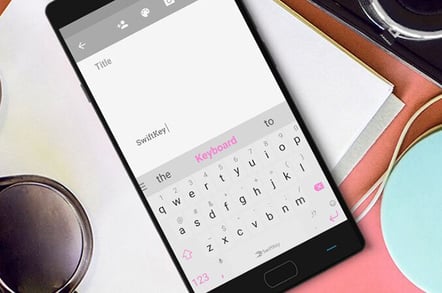 SwiftKey has shut down the cloud synchronization feature of its keyboard app after people reported seeing strangers' email addresses and phone numbers on their phone screens. The Microsoft-owned biz insists there isn't a problem with its security.

For the past few days, users have complained that SwiftKey's next-word prediction bar has been suggesting other people's phone numbers and email addresses. In some cases, their language settings have been hijacked and changed unexpectedly.

"I logged into SwiftKey with Google+. And now, I'm getting someone else's German predictions with only English (UK) pack installed. I have never typed German in my entire life," claimed one Reddit user.

"I also was suggested an email ID in an email field. It's bad enough to lose a trilingual dictionary built over almost four years. Now I'm also worrying about someone getting all my suggestions."

The SwiftKey psychic keyboard stores your past keystrokes in the cloud and uses them to suggest words specifically for you before you type them – it's a personally tailored text-prediction system.

It's one of the things that makes the app one of the most popular keyboards out there, and a factor in why Microsoft was willing to spend so much money buying the code. SwiftKey is headquartered in London, UK, and its software runs on Android and iOS. 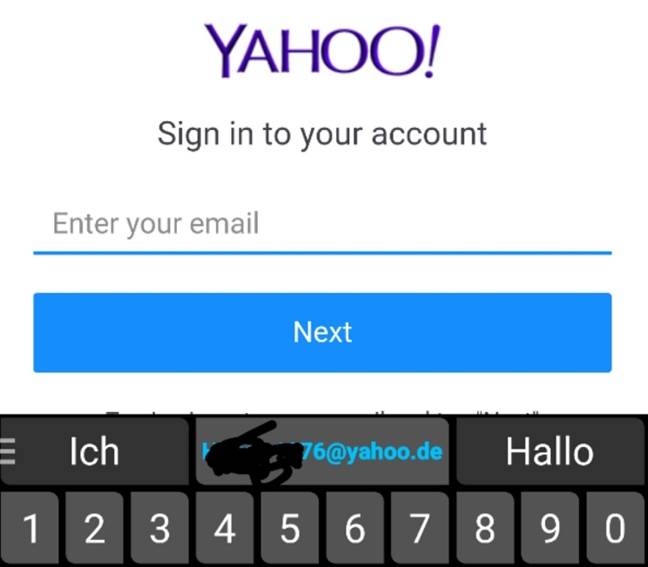 Leaking emails isn't a security risk apparently ... Screenshot of an email address appearing in a stranger's word suggestions in SwiftKey

So it appears there's been a cockup in SwiftKey's cloud systems, where private information gathered on users is being mixed up with other users – a potential privacy nightmare, in other words.

The company has now put out a statement acknowledging that the software is bugged, but says there is no need to panic and that having other people's phone numbers and email addresses appear on random strangers' phones isn't a security matter.

"We are working quickly to resolve this inconvenience. While this did not pose a security issue for our customers, we have turned off the cloud sync service and are updating our applications to remove email address predictions," SwiftKey said.

"During this time, it will not be possible to back up your SwiftKey language model. The vast majority of SwiftKey users are not affected by this issue." ®