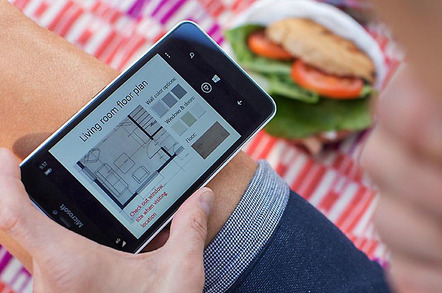 Microsoft has revealed how badly its Windows phone business has crashed via paperwork filed with America's financial regulator, the SEC.

Nokia was shipping 7.3 million Lumias per quarter when the deal to acquire its phone unit was announced in September 2013. Nokia was shipping over 90 per cent of Windows Phones sold. But in the three months to the end of June, this had shrunk to 1.2 million.

Previously Microsoft had disclosed that it sold 5.8 million, 4.5 million and 2.3 million Lumias in FY 2016, leaving us with 1.2 million for the final quarter.

It’s no surprise. Given that incoming CEO Satya Nadella never wanted Nokia’s phones unit, the only surprise is that it wasn’t wound down more quickly. It’s been an agonising process, culminating in the latest round of Microsoft job cuts this week.

Redmond and Nokia had already done much of the hard work in breaking in a new brand, and while 7.3 million devices a quarter, it had won mindshare of 10 to 15 per cent in some markets. A high NPS (Net Promoter Score), won over by a slick UX, translated to repeat purchases. But after the deal was announced, the pipeline spluttered. The 2014 flagship “McLaren” was cancelled, and ground to a halt completely after MWC 2015, as the hardware teams had to wait for Windows 10 Mobile to be shippable. (Our review units rebooted regularly, and took the Store two days to complete updating the default apps).

In the end, last year’s new devices were flung into retail without being shippable, or anywhere near the quality consumers expect.

Intel’s decision not develop further LTE-capable chips was the final nail, as Microsoft has pinned much on its “category-defining” feature (“this is a phone that can also be a PC,” in Nadella’s words). But for a phone to be a PC, it needs x86 compatibility, and that needed Intel.

HP Inc has ploughed on with an ambitious plans around this, but then it has developed a virtualisation service, HP Workspace, to provide the x86 apps for its range. ®