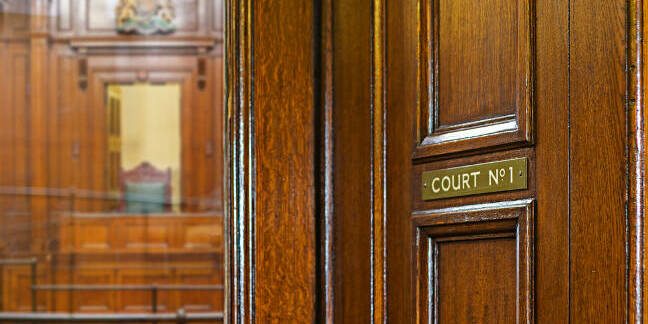 A user of satirical wiki Encyclopedia Dramatica has been hit with libel damages of £10,000 in England, UK, after posting untrue accusations of paedophilia and mocked-up sex photos featuring a former Labour councillor on the site.

The case, heard earlier this month in London's High Court, was brought by Samuel Collingwood Smith against pseudonymous users “LikeICare”, “KiwiDynastia” and Encyclopedia Dramatica (ED)'s operators, who were not named.

Granting default summary judgment against KiwiDynastia, Mr Justice Green found that Smith had been defamed by, among other things, “false photographs of the Claimant, naked, engaging in sexual activity with multiple other males simultaneously” and ordered KiwiDynastia to pay him £10,000 in damages.

The defendants did not engage with the court process and the lawsuit was undefended.

Encyclopedia Dramatica is one of the more amusingly offensive destinations on the web. Imagine what happens when you combine early 4chan users, Wikipedia and the Urban Dictionary. Full of savagely offensive material, ED has been a mainstay of a certain subset of internet users since at least the early 2000s.

Smith, who uses the online aliases Matthew Hopkins (as in the sadistic Witchfinder General from English history) and Vordrak, noticed that in May this year, LikeICare and KiwiDynastia had “amended various articles [on ED] to state that the Claimant was a paedophile and a child rapist”. As well as branding Smith a “KNOWN CHILD MOLESTOR”, the pseudonymous twosome also wrote that “... his salivating lust for young ass is apparent.”

A rather straight-laced Mr Justice Green wrote, in the judgment, that Smith was also accused of enjoying “being able to have violent sex with his mother (the actual text uses more evocative language) which she forgets 5 minutes later.”

None of the allegations were at all true. Smith has no criminal convictions, cautions or warnings “which are remotely relevant to the words used”. He issued a threat to sue the site unless the allegations were removed and posted it to the talk page of LikeICare, who is an ED sysop.

**** Official response from myself, and on behalf of KiwiDynastia and entirely of ED staff **** LOL Don't care fa***t, go for it

“Evidence has been placed before the Court as to the true identity of the Defendants,” said the judge. “Information has, apparently, been given to the Claimant by third parties which has enabled him to identify the individuals concerned. He explains that he has addresses and mobile (cell phone) telephone numbers.”

However, Smith seemingly did not extend the same offer to KiwiDynastia. A number of accounts with similar names, such as Dynastia and NotDynastia exist on ED and elsewhere on the internet, where Smith has evidently crossed swords with them, and it appears from the judgement that Smith believes the same person is behind them all. KiwiDynastia did not respond to the court process either and his identity remains unconfirmed.

“I am, in short, satisfied that the Defendant simply wishes to refrain from engaging with the Court for reasons which are obvious,” said Mr Justice Green. The judge ruled this was not a problem for the purposes of making his judgement.

KiwiDynastia was given until today to dispute the £10,000 damages award on condition that he doxed himself, giving the court his real name and address. El Reg has asked the High Court whether such an application has been received. KiwiDynastia was also handed a permanent order by the court not to repeat claims that Smith is a paedophile or publish new material to similar effect.

Smith confirmed to The Register yesterday that he had not been paid the £10,000, and said he is offering £5,000 for information leading to KiwiDynastia's real identity.

Internet trolling can be srs bzns. ®

Trolling in the Reg's forums... we mean, er, 'working' on the train still rubbish thanks to patchy data coverage

Rail fails to keep up with 4G

God, is there nothing artificial intelligence can't master? We all know you love it so much

Twitter: We also made a shedload of cash from Russia's trolling during US White House race