NATO holds up £2.5bn platter of IT procurement deals: Help yourselves 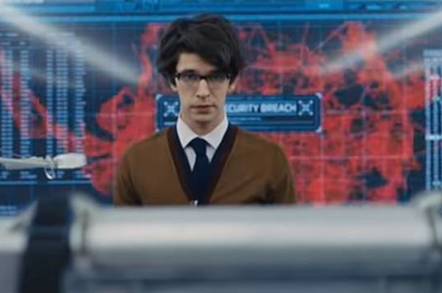 Q, James Bond's quartermaster and IT specialist sidekick. The future of NATO?

A canned quote from Koen Gijsbers, NCI Agency General Manager, read as follows: “Today's technological change is driven by Industry and as NATO we are engaging Industry early on to ensure we tap into that creativity. NATO will only be resilient if we embrace and can do continuous, rapid innovation.”

Perhaps NATO's getting into DevOps. Continuous Missile Delivery, anyone?

Gijsbers continued: "The contracts we're announcing focus on one of the core tasks of the Alliance, to connect and link national forces and capabilities into a whole that is greater than the sum of its parts. By linking and connecting individual national capabilities NATO can do more that individual countries could do themselves."

One of the contracts currently up for grabs from NCI is its mammoth Programme Management and Integration Capability (PMIC) project, which seeks to bring together NATO's Bi-Strategic Automated Information Systems (Bi-SC AIS) and General Communication Services in order to serve the alliance's (take a deep breath) Command, Control, Communications, Computers, Intelligence Surveillance and Reconnaissance capabilities.

Helpfully, the latter mouthful can be abbreviated to C4ISR; it covers all military back-office functions except the actual pulling of triggers in a hot war.

PMIC will bring together 16 NATO management and C4ISR technical services, including various management consultancy-type functions, as well as basics such as systems engineering, integration management and operational UX services. Interested bidders can trawl through the 148-page invitation-to-tender document on the NCI website (PDF).

Another NATO IT contract, which closed two days ago, is NCI's “IT Modernisation Work Package 2 – Supply of Client Equipment and Accessories”. This one does exactly what it says on the tin. In a similar vein is NCI's now-closed request for a quote for “550 laptops, 250 desktop computers (including keyboard and mouse) and 375 monitors”, all of which must meet the NATO TEMPEST (PDF) anti-electromagnetic radiation specification. Folk who were interested in that one can read the ITT on, of all places, the Romanian Armaments Ministry's website.

According to today's NCI press release, “Heads of State and Government have welcomed that collectively, Allies' defence expenditures have increased in 2016 for the first time since 2009”.

NATO member states are committed to spending two per cent of their GDP on defence. The UK was in hot water a year or two ago when it emerged that we had quietly interpreted the NATO definition of “defence” to cover GCHQ and the security services, allowing the armed forces to continue withering on the vine while state-sponsored eavesdroppers frantically scoop up every last bit of information we emit about our favourite Pokemon – all in the name of defeating terrorism.

GCHQ's activities are not the same thing as Tommy Atkins standing in a trench facing down the invading Russian hordes, as observers rightly pointed out.

IT folk who want to supply the back office equipment that helps win WWIII can find a full list of upcoming NATO kit contracts on the NCI website. ®