Sure you want to rely on 'digital' to plug slashed jobs? 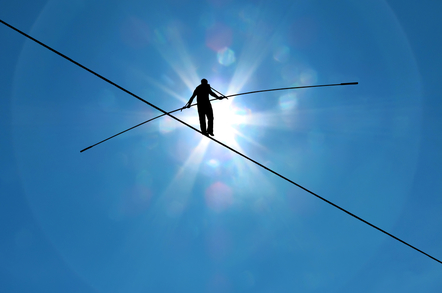 UK MPs have warned that HMRC (HM Revenues and Customs) may struggle to overhaul its expensive £10bn IT systems with Capgemini, and that further cuts could ultimately waste more taxpayers' cash.

The Public Accounts Committee (PAC) report published today said the body remains concerned that HMRC may struggle to integrate different services from different providers. "As we have seen from elsewhere in government, one of the main factors that determines the success of complex programmes such as this is the quality and stability of their leadership."

Currently the Capgemini-run project is the government's largest IT contract and accounted for about 84 per cent of HMRC's total spend on technology between April 2006 and March 2014. Under the replacement programme, HMRC hopes to derive greater value for money by handing out that deal to 400 smaller suppliers.

Earlier this year, the National Audit Office said HMRC was too hasty to cut staff before expected cost savings from a shift to digital materialised – something that should act as a cautionary tale for its current "digitisation" plans.

Meg Hillier MP, Chair of the PAC, said today: "The prospect of HMRC making further cuts to spending on customer service will chill the blood of many taxpayers. HMRC's recent performance in this area has been appalling for long periods and left members of the public counting the cost in time and money."

Last year, HMRC was granted to make it one of the most "digitally advanced" countries in the world. It was handed £1.3bn for digital investment, which HMRC has said will mean £1bn in extra tax revenue after 2020.

However, concerns have been raised that the department has already costed those "digitisation" savings, expecting the efficiencies yielded will plug the £717m per year in cuts, including a headcount reduction of 21 per cent by 2019-2020.

The PAC report urged HMRC to ensure continuity in leadership of the Aspire programme "to maximise its ability to design and introduce a new IT model successfully."

It said HMRC is now making progress in replacing the Aspire contract, but moving to a new model of IT provision remains a substantial undertaking that will require firm and consistent leadership.

"Opportunities to reduce costs must be considered within the context of the paramount importance of the stability and continuity of services which enable HMRC to collect over £500 billion of tax each year."

Mark Serwotka, head of the PCS (Public and Commercial Services) union, said the department must halt its "reckless plans" to slash more jobs and close all but a handful of its UK offices.

He added: "It is crucial that HMRC gets the replacement for the Aspire contract right, because the taxes that fund all the public services we rely on depend on it, and this is just one more reason not to plough ahead with massive job cuts and office closures." ®